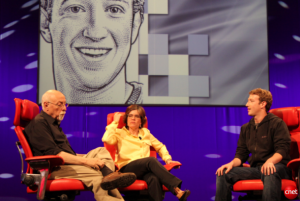 The value to a company of a smart, articulate and engaging CEO cannot be underestimated. Nowhere is this PR fact-of-life more apparent than during a live TV or video-streamed media interview.

I’ll always remember sitting alongside one of the best in the business — Sun Microsystems’ CEO Scott McNealy. We were in the green room of NBC “Today” on the morning following his and Bill Gates’ testimony before Congress on why Microsoft is and isn’t, respectively, a monopoly. 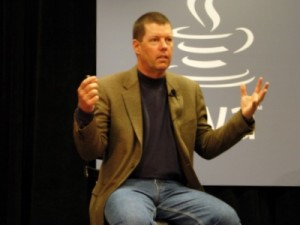 While Sun wasn’t my day-to-day client, I thought I’d take my 20 minutes with Mr. McNealy to talk through some of his talking points. Without skipping a beat, he proceeded to school me on his intentions on network TV that morning:

“Imagine owning the alphabet and having the ability to add or remove letters at your discretion. This is Microsoft.”

I decided that it would be best for me to say nothing more.

There is a growing body of research correlating a CEO’s reputation with that of his or her company. The work of Dr. Leslie Gaines-Ross, my friend and former B-M colleague who now toils at Weber-Shandwick, would be a good place to start for getting your arms around this most consequential dynamic (as we’ll learn below).

The beads-of-sweat Nixonian performance of the already beleaguered Mr. Zuckerberg did little to advance the fortunes of his six-year-old company to which a half-a-billion+ people entrust their virtual lives. In fact, judging from the visceral reaction, this interview probably set it considerably back.

The clever folks at The Business Insider decided to feature a “best-of” compendium of real-time tweets by a handful of movers & shakers from the digital punditry. The piece, titled “Well done, Mark– you survived!” unfolded more or less as follows:

@alansmurray First interview of a CEO wearing a hood. #D8

@Jason Zuckeberg at WSJ D Conference “privacy is important…we think about it a lot.” Powersful stuff, clearly someone went to media training.

@Jason Zuckerberg: “our privacy settings are too complex.” he is not apologetic at all — really zero empathy.

@Jason Zuckberg is rambling. He is talking like a politician.

@dannysullivan not at #d8, but want kara/walt to say “I want the truth,” and zuck to burst out “you can’t handle the truth”…

@jlouderb Zuckeberg talking point: “to share and stay connected with the people around them and their friends.” He said it like 99 times. #d8

@jlouderb Walt and Kara keep trying, but zuckerberg keeps dodging the “personal control of privacy” question. Z and FB are not shining here.

@Jason Zuckerberg fireside chat at WSJ D is an unprecedented disaster — he won’t give a straight answer, babbling, sweating…

@shelisrael After his “performance” at D8, I don’t see how anyone could suggest otherwise. FB is quickly becoming the BP of social media.

Personally I can’t explain how the decision was made to offer up the usually confident, but apparently unprepared Mark Zuckerberg to two of the more cantankerously influential tech scribes working today. After running scores of media training sessions, I’ve learned that not every “trainee” can or should be deemed ready for prime time. Didn’t one of his PR consiglieres have the temerity to share this with the 26-year-old Mr. Zuckerberg? And why did he have to do this particular interview, anyway? Hasn’t he been exposed enough?