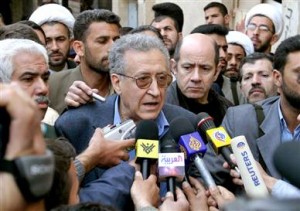 Remember the industry outrage some months back over the practice of pay-for-play in the PR business? Well, in yesterday’s Washington Post, the most recent purveyors of this decidedly controversial practice took the time to justify their work.

“Paige Craig, the West Point dropout and former Marine intelligence specialist who is the Lincoln Group’s president, says the practice is not propaganda. “We call it ‘influence,’ ” says Craig, whose business has 12 U.S. government contracts totaling more than $130 million.” (How much did he say?!)

By agreeing to allow the Beltway’s paper-of-record to talk with him and his co-conspirators, Mr. Craig, all of 31-years-old, attempted to blunt the firestorm surrounding his firm’s efforts to “influence” Iraqi perceptions of the war.

I applaud Mr. Craig for his attempt at transparency, but the practice is what it is: both deceptive and antithetical to accepted PR-journalistic tenets. Am I the only PR blogger more concerned about this than predictions of Steve Rubel’s tenure in his new job (or seeing more images of that conversation’s clever catalyst)?