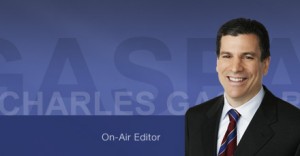 High profile talking head biz/financial reporter Charlie Gasparino goes out on the limb this first full day back of the new year.

The headline and lead of his post today on The Daily Beast:

“Is Jamie Dimon the Next to Fall?

JP Morganâ€™s CEO successfully ruled his company to become the new king of Wall Street. But Charlie Gasparino says his reign may soon be over. Jamie Dimon is in the hot seat.”

One small problem: the thrust of his bold assertion seems to contradict the facts, as Gasparino later acknowledges:

If youâ€™re wondering why you havenâ€™t read about Jamie Dimon in this way itâ€™s because the media picks winners and losers. At least for now, Dimon has been certified a winnerâ€”and for good reason. Heâ€™s been the best CEO on Wall Street at a time when the street needed a great CEO. As the entire financial services business began to crumble, JP Morgan was a source of stability.

Now I don’t claim to know anywhere near as much as Mr. Gasparino in terms of the machinations of Wall Street’s executive ranks. But I can tell you that the media capital Mr. Dimon* has amassed over the years, in my estimation, will continue to serve as an impenetrable buffer when the ax man comes a calling.

In a nutshell: Jamie’s done too many things right, and more significantly, has gotten more than his share of media (and public) recognition for it.

Now I understand that The Daily Beast has secured Charlie’s prosaic talents (and his Wall Street smarts) to create buzz for the fledgling site. (Just consider The Beast’s founder and her pedigree.) And for all I know, Mr. Gasparino may have a reasonable basis that led to his conclusion.

However, it’s this kind of conjecture that, in a less fragmented media environment, can turn a notion like this into a self-fulfilling prophesy. Let’s hope for Jamie’s sake that this one blog post, no matter how influential the author, disproves that once expected sequence of events.

* This blogger was a friend of Mr. Dimon’s while in college.