Appointment TV has seen better days. Sure, live sporting events, big-time award shows, live TV talk, and breaking news still have the capacity to draw large, shared audiences in real-time. But more and more consumers are opting to time-shift their regular cable, broadcast and video viewing to align with their own schedules. 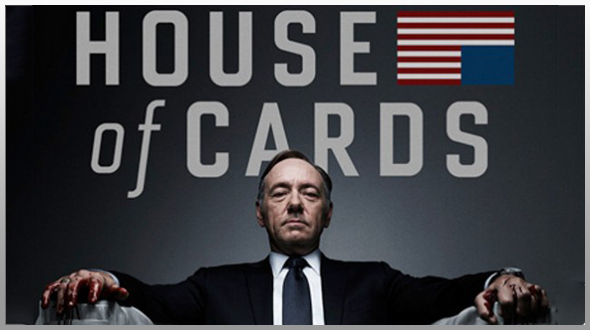 Netflix’s release of an entire binge worthy-enabled season of House of Cards along with the DVR, Hulu, YouTube and shortly HBOÂ and CBSÂ have all accelerated the demise of real-time TV viewership on any given day. Digital disruption also has occurred in the music industry with the decimation of music ownership in favor of cloud-enabled streaming of one’s favorite artists and playlists onto a mobile device. And radio too has morphed into time-shifting mode with the growing popularity of (once left-for-dead) podcasting.

The markedly different ways in which today’s consumers are taking their news, entertainment and information haveÂ tremendous implications for marketing and PR executives. For example, I recently secured for a client a prominent front page Metro section story in the Miami Herald. I was elated until I learned that the Herald only ran the piece its its paper edition, thus depriving my client the ability to amplify it through their social and direct channels. (They’re now trying to secure a PDF for posting.)

I was recently asked by Gorkana what I read first thing in the morning. My answer: my (regularly curated) stream of those I follow on Twitter, followed by The New York Times, Wall Street Journal, and my Facebook newsfeed. In fact, Facebook has grown so pervasive that mainstream news orgs, and just about every other content company, have taken notice, as The New York Times story reported in its piece “How Facebook Is Changing the Way Its Users Consume Journalism“:

“Facebook now has a fifth of the world â€” about 1.3 billion people â€” logging on at least monthly. It drives up to 20 percent of traffic to news sites, according to figures from the analytics company SimpleReach. On mobile devices, the fastest-growing source of readers, the percentage is even higher, SimpleReach says, and continues to increase.”

The days when online news sites directly “pull” in consumers are numbered. Rather, people now opt to follow a link that pops on their Twitterstream, Facebook newsfeed, or Pinterest board. This is not lost on the media industry, as Gawker acerbically notes: “All of Your “Favorite” Websites Are For Sale.” Digiday’s astute chronicler of all things media Lucia Moses wrote about Say Media’s decision to throw in the content towel:

“It didnâ€™t quite work out the way they had envisioned. Today, Say is reverting back to its technology roots: XoJane and the rest of its owned sites, including tech property ReadWrite, fashion site Fashionista and decorating go-to Remodelista, are up for sale.”

Also reportedly up for sale: Funny or Die and The Onion. Â Bucking the downward tend are those digitally native sites built with DNA designed to capitalize on this shift in media consumption habits. At a recent Publicity Club of New York luncheon,

“We are a site optimized for social and mobile. The idea being that people should find news the same way they find album recommendations, movies, TV shows and what not…and that’s through friends passing it along.”

And clearly, the strategy to leverage one’s friends in social and on mobile has paid off. Lauria continued:

“We have about 175 million unique visitors a month, which is just massive…75% of our traffic comes from social sites such as Facebook, Twitter Pinterest, and more than 50% of it comes from mobile. So if you think about ways people consume news…you’re on a train, you’re on a subway and your rolling through your Twitter feed or your Facebook newsfeed, and all of a sudden a story pops on and you click on that…we’re kind of optimized for that.”

The implications of social media-driven sharing as the primary means to grow readership are enormous for online publishers, but perhaps even more so for PR and marketing professionals who also are charged with building audiences — albeit for their clients’ products, services and POVs.

“Niche says that it has close to 3,000 social media accounts, with a total reach of 500 million followers. The agency has worked with roughly 70 brands, including Home Depot, General Electric and Gap Kids.”

Today that audience (and the number of clients) are markedly larger, i.e., the company’s home page touts a total reach number of 1,077,036,639. Niche co-founder Rob Fishman is someone whose path I came across when he was doing social media for HuffPost, and whose Mom, as it turns out, was a high school friend and Dad, a camp friend. (Geesh! I’m dating myself.) Anyway, Niche’s model works like this as The New York Times’s intrepid tech scribe Jenna Wortham recently reported:

“Good thing social media did not exist during the era of ‘Mad Men.’ It might have put Don and Peggy out of business. Brands and advertisers, looking for ways to reach audiences beyond television screens and magazine pages, are turning to people with many followers on social media and paying them to pitch products online. The social media stars, in turn, are finding that working as a conduit for a brand can be quite lucrative â€” sometimes generating more than enough money to live on.”

In other words, marketers are paying social media stars with loyal followings to create and share branded content with their “trusted friends.” It’s not all that dissimilar to companies paying influential bloggers to write about their offerings, except that these social stars probably have even more juice with their followers to make things happen.

I’m not saying to divert one’s entire marketing budget into this bucket. Truth be told: news and editorial feature coverage still have an enviable capacity to create action, let alone viral buzz in the social spheres. But if a recommendation from “someone you trust” is all it’s trumped up to be, we should not discount Niche’sÂ paid-owned hybrid approach to “media relations.”