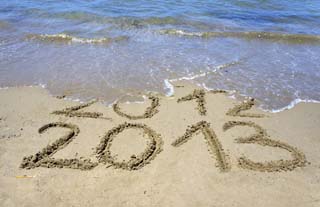 In a previous post, I referenced the abundance of year-end predictions in the PR, marketing and media spheres. Rather than jump onto that bandwagon alongside our industry’s many pundits and prognosticators, I decided instead to share some thoughts on what I believe has been a short-sightedness by PR firms in embracing new media schemes to advance their clients’ communications goals and business interests.

That post seemed to have struck a nerve considering the amount of social currency it generated. Yet, many of the likes and retweets somehow missed my main message. They assumed I was talking about the lack, or siloed state of social know-how within the ranks-and-file of many agencies, i.e., strategies to promulgate Likes, Shares, Pins, +’s and Retweets of client content in the social channels du jour.

While this meme remains valid, in a 2009’ish kind of way, my post purposely didn’t dwell on PR agencies’ social media acumen, or lack thereof.

Instead, I was referring to paid media, and in particular, the growing trend among digital media properties to accept new hybrid or native schemes that mix earned/paid and owned/paid content into their main news holes. Yes, PR people (as I make the sign of the cross), the time has arrived for the industry to consider buying (or sponsoring) its clients’ way into the media outlets they covet.

Trust me, these outlets, faced with decimated display ad revenue streams and lower CPMs, will be all too happy to accommodate good storytellers…at bargain digital prices. (Who ever said that ad agencies had a lock on paying for placement?) Here’s a quip from GigaOm’s Mathew Ingram writing for paidContent on the fortunes of BusinessInsider:

“This is the same dilemma that almost every media entity is facing, from traditional players such as the New York Times to newer stars like BuzzFeed and The Huffington Post. Some of the newer entrants like BuzzFeed â€” and even the more entrepreneurial of the old guard, such as The Atlantic and Forbes â€” are trying to use more â€œnativeâ€ advertising formats such as sponsored posts and marketing-related content to combat this problem.”

If a client’s communications goal continues to be the appearance and propagation of its branded message in the media — one that changes a POV, produces a business result or enhances a reputation — the days of relying exclusively on a news or feature story to achieve these ends are dwindling. First of all, most journalists at highly sought-after media properties receive hundreds of PR come-ons daily, making the odds of your email being opened very slim indeed.

Secondly, when was the last time you successfully “placed” a story in which the reporter got it 100% right? Even with the most arduous pre-interview prep — on both sides of the reporting equation — there is always some information that gets misreported requiring a request for a correction.

Finally, and perhaps most significantly, the increasingly fragmented way in which the public consumes its news and information no longer guarantees that a boffo piece in the Wall Street Journal will set tongues-a-waggin for any meaningful duration of time. News coverage is just too damn ephemeral. (Even the unthinkable tragedy at Newtown has now mostly faded from the public consciousness.)

It is for these reasons that PR professionals should be striving to grab some market share from their pay-for-play brethren on the other side of the marketing aisle. If Buzzfeed, Mashable and The Atlantic are opening their doors for sponsored (owned/paid) content to appear in their news holes — some even written by their editorial staffs — then PR pros need to muster the temerity to ask their clients to pony up the cash to let them make it happen. (And I’m not even talking about promoted Tweets or sponsored stories on a Facebook fan page.) 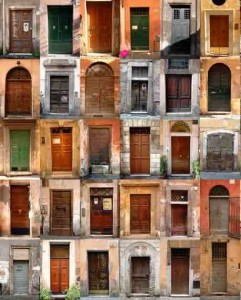 My old friend and B-M colleague Pete Judice used to say that “there are many windows and doors into a media outlet.” He was referring to a news outlet’s many different editorial sections and gatekeepers.

Today that piece of wisdom can be extended to include those in-house sales teams working with marketers and content creators to help their “paid” messages gets heard in a non-commercial (quasi-editorial) way.

Is media relations dead? Hardly. In a future post, I will address this resilient (and still lucrative) PR deliverable with a look at new ways to enhance prospects for engagement in today’s impossibly competitive (and reporter-hostile) environment. Stay tuned.