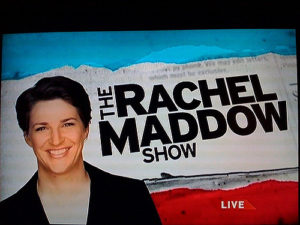 A common refrain from the media cognoscenti goes something like this:

Try listening, reading or watching those whose views run counter to your own. It may open your eyes to how others see the world.

I hear this constantly from friends, family, and way too many social science pundits.  To them I say: bullshit.

I will never tune in to Rush Limbaugh, read Breitbart, or watch Fox & Friends.  It’s not because what these media outlets are spewing offends my belief set - -it does- - but rather it’s because they’re simply not in the business of producing journalism. They do very little evidence-based reporting and more often than not use less-than-credible sources in the construct of their stories.

Maybe it was my past work with The New York Times and The Associated Press that infused me with a better understanding and appreciation of the hard work that’s needed to create a quality news product. Whatever the case, I will only be drawn to news organizations that actually research and objectively report news. It’s not a left wing-right wing thing. It’s a quality thing.

The better the journalism, the more I’ll wish to consume. Here’s are some of the quality news orgs that are staples in my media diet:

Not surprisingly, many in the right wing echo chamber and even some legit commentators would describe these particular news orgs as left wing or politically progressive - all with distinct agendas. In fact, as I think about it, maybe it’s the Russian trolls and bots who have propagated this fallacy!

Again, to them I say BS. The only agenda these news orgs have is to educate and inform their audiences with news and information that can stand up to public scrutiny. It’s abundantly clear to me that they’ve completed the meticulous work needed to publish or broadcast. Can the same thing be said about Fox News, The Daily Caller, Hannity, or Breitbart?

My pal Brian Steinberg of Variety, who once toiled at The Wall Street Journal, explored some of the same questions in a piece posted today on HBO’s “Last Week Tonight with John Oliver.” In it, Mr. Oliver was quoted as saying: “I am not a journalist. I think that’s factually clear.” But Steinberg offers this:

“Not to the show’s viewers. In an era of splintering audiences who coalesce around niche media and partisan news outlets, anyone with a miniature camera and a Facebook account can claim to break news and deliver previously untold facts. And while Oliver and many of his late-night contemporaries swear up and down that they are just trying to make people laugh, their intentions these days matter less than the interpretations their audiences make of their work.”

Assessing the amount of research Mr. Oliver’s team puts into his longer pieces, it is factually clear that he is practicing journalism…and at a rather high level. Steinberg writes:

And yet, “Last Week Tonight” and “Full Frontal” have employed researchers with journalism backgrounds. Oliver this week described a process on his program under which staffers check facts with the entities being discussed on his program. These people may not like how they are portrayed on the show, he said, but he hopes they cannot find fault with the procedures used in advance of the segment’s appearance on TV.

The same goes for MSNBC’s Rachel Maddow who, night after night, serves up the latest (newsworthy) developments emanating from the Mueller investigation, not to mention the mind-boggling machinations of this White House. Much of what she reports gets lost in the mire of today’s ephemeral and cacophonous news environment. Nonetheless, she breaks new reporting ground and has a particular talent for explaining these revelations in a cogent, concise, and compelling way - another important trait shared by the best TV news journalists.

But don’t trust me, watch for yourself:

Again, I have no interest in reading another New York Times story on what Trump supporters believe. Nor do I want to hear what shrillists Lou Dobbs, Jeanine Pirro, Laura Ingraham, and Stuart Varney have to say. Maybe if they backed up their rhetoric with verifiable facts, I’ll reconsider my position. But that’s highly unlikely.