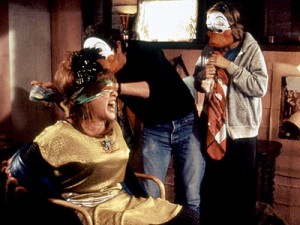 Did you ever read O’Henry’s famous short story “The Ransom of Red Chief?” In it, a couple of kidnappers snatch a young boy and demand a hefty ransom from the boy’s father. Turns out the boy is a huge pain-in-the-butt (not unlike Bette Midler in “Ruthless People“).

As days and weeks pass without a payoff, the kidnappers get so desperate to unload this most annoying child, the father ends up cutting a deal. He demands they pay him $250 to take the boy off their hands. The kidnappers thankfully do so.

If the news today of ousted GM chief Rick Wagoner’s reported $20M+ golden parachute (“retirement benefits”) has credence, I predict the failed auto executive will ultimately capitulate to a relentless siren of criticism from the fourth estate (both news and commentary) and fed-up (and wired-up) consumers (both here and abroad). He’ll refuse the payout.

I’m not saying that Wagoner is annoying like Red Chief or Bette Midler. In fact, he’s probably a very amicable guy, in a patrician sort of way. Yet, there’s too much incongruity between his role as the head of a company that neglected (or ignored) the writing on the wall, and his ability to take a big payout while tens of thousands of workers get shit-canned due to his transgressions.

I’ve been wrong before, but GM and the Obama Administration, whose Treasury Dept. has barred GM from paying severance to Wagoner or any other senior executive, will be on the major PR defensive this week over this one. Can he argue that he’s deserved after 23 years with the automaker? I suppose it’s all relative. Michael Ovitz walked away from Disney with a $140M severance package…after just 14 months on the job. Beware of Gretchen Morgenson.