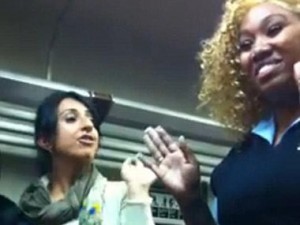 “I feel like I have been robbed of everything, including my identity. I am not seeking fame or notoriety. I just want my life back.”

Today’s New York Daily News reports on one Hermon Raju’s search for a crisis communications expert to help her get her life back. Ms. Raju is the 20-something woman who was captured on a cell phone video in a diva-driven dressing-down of a Metro North rail conductor.

Her vitriolic video went viral propelled mainly by this sound bite: “Excuse me, do you know what schools I’ve been to and how well-educated I am?” (She’s an NYU alum.) The video not only captured the public’s imagination, but also the attentions of Anderson Cooper, Yahoo! News, HuffPost, AOL, and Keith Olbermann on his Current TV show debut no less.

The News got its hands on her letter (RFP?) seeking PR counsel to help her “get her life back.” Consumerist and others picked up on the piece. I just wonder if leaving well enough alone will prove the best path back to normalcy. Time (and a 24/7 news cycle) has the ability to erase or obscure even the most egregious public transgressions. This is especially true for the unknown and those who’ve accumulated a decent amount of reputation capital (Mr. Murdoch not included).

Without knowing the profession or professional aspirations of this young woman, she should recognize that these kinds of news-generating incidents — in today’s upside down celebrity culture — can actually serve as springboards to fame…and fortune. On the extreme side of this postulation: Didn’t Charlie Sheen just announce a new series? Or wasn’t Casey Anthony offered a million dollars?

I’m not saying that this NYU grad should exploit the incident for her own aggrandizement, but stranger things have happened. Then again, maybe this IS her real intention.

Would you as a PR professional take on Ms. Raju as a client? And if so, how would you advise her?