The New York Times today followed Bobby Maldonado as he headed out to work in our nation’s capital in the darkness before sunrise. His job: reading, capturing and sharing with his bosses at the U.S. Chamber of Commerce every important news story or blog post relevant to the issues they’re facing.

“Mr. Maldonado, 26, is one of the dozens of young aides throughout the city who rise before dawn to pore over the news to synthesize it, summarize it and spin it, so their bosses start the day well-prepared.”

My oh my. Some things never change. Of course, the business function of capturing and sharing on a daily basis pertinent pieces of news or commentary, remains a core PR function that helps newsmakers stay one step ahead of their “competition.” Access to real-time information = power.

In the case of the U.S. Chamber, the competition means anyone who supports President Obama’s efforts to protect the American people from the business interests that took this country to its knees some two years ago and continues to thwart progress.

“For Mr. Maldonado, who said that ‘the information wars are won before work,’ that means rising early to browse all of the major newspapers, new polling data, ideological Web sites and dozens of news alerts needed to equip his bosses with the best, most up-to-date nuggets.

‘Our executives walk into meetings and theyâ€™re doing battles, whether itâ€™s on health care or cap and trade, and information is power, and my job is to make sure theyâ€™re armed with the most powerful information,’ he said. ‘Itâ€™s reading the 1,000 stories in the papers and Hill rags, and finding that one needle in the haystack thatâ€™s going to matter.'” 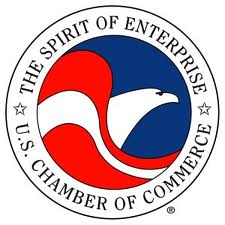 The Times piece took a look at other Beltway media monitors — on all sides of the political spectrum. In fact, there isn’t a major corporation in the world that doesn’t task its agency or in-house communications department with keeping a finger on their industries in today’s always-on cacophonous news and social media ecosystem.

What has changed are the tools and systems we (PR pros) have at our disposal to make the job more efficient. What also has changed is the nature of the news itself, i.e., a continuous onslaught of digitally delivered and shared information that can render the daily morning read (and resulting narrative) irrelevant by the afternoon.

Those in positions of power might be better served if their paid monitors delivered news and info several times during the day — with stories prioritized by their potential to catch fire.

Some of the news and social media mining/monitoring companies – many offering proprietary interfaces (dashboards) and an automated ability to reflect sentiment analysis — include Radian6, Vocus, Converseon, Invisible Technologies, Crimson Hexagon, Trackur and too many others to mention. Here’s a link to 100 or so.

The Chamber, not unlike its private sector brethren in the business community, astutely recognizes the value of this service for gaining an upper hand in influencing the media narrative. Perhaps the progressives in the Democratic Party should take a few cues here?