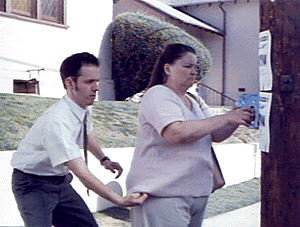 The commercials were clever, entertaining and ubiquitous. They won awards. They single-handedly put the issue of identity theft in the American consumer’s consciousness. So, imagine Citigroup’s surprise and embarrassment when it learned that the personal data of nearly 4 million of its CitiFinancial customers had been lost in transit.

How does a company that used advertising and PR to establish an industry-leadership position on this growing (and unnerving) issue reconcile yesterday’s news? Blame the courier? That would be easy. The statement issued by the company was straightforward enough. Still, from what I understand, and I’m no expert, the relative lack of government oversight and its willingness to let the industry self-regulate has contributed to the problem. Would Citigroup welcome stronger federal regulations?

I bet the ad campaign will go on hiatus for a while. But don’t ask me, fellow PR blogger Ike Pigott has some thoughts as well.