Is it just me, or are you also seeing a sudden rise in Apple-bashing these last few weeks? If my journalist and tech pundit-filled Twitterstream is any indication, the answer is yes. Consider:

“Is Apple running out of juice?”Has Apple has lost its way? Bobbie Johnson and Mike Butcher debate whether the tech giant is in terminal decline. (The Guardian March 9, 2013)

“The Single Biggest Problem That Apple Faces, And Almost Nobody Is Talking About It” (Business Insider, March 9, 2013)

“Exhibit A in the Case That Newly-Hired Apple VP of Technology Kevin Lynch Is a Bozo, a Bad Hire” (Daring Fireball, March 19, 2013)

OK, Apple fanboys, I’ll power down (as a fanboy myself)!

But Apple isn’t the only big business “brand” whose well of “reputation capital” is in need of a refill. The once seemingly infallible chief of JP Morgan Chase, Jamie Dimon, could also benefit from a whale of a PR boost these days. Consider:

Both Mr. Dimon and Apple have accumulated an encyclopedia’s worth of exuberantly positive mainstream media coverage these last few years. Yes, even Mr. Dimon, who in spite of working in an industry that was/is widely maligned in the media, was consistently portrayed as smart and fiscally conservative…until, of course, that ill-conceived and disastrous transaction in the UK.

Both Apple and JPM’s Dimon have each amassed a war chest of reputation capital that would serve to protect them when encountering rough patches.

What do I mean by reputation capital? Let’s start with Mr. Dimon, a college friend, whose rise and sudden fall as Sandy Weill’s trusted lieutenant, put his career in overdrive, first at Capital One, then at JP Morgan Chase where he resuscitated the bank and successfully steered it through the treacherous waters of a financial meltdown that ensnared many of his rivals.

Mr. Dimon’s deft oversight of this crisis accrued to his growing reputation as the smartest and most powerful banker on Wall Street. I lost count of the number of fawning media profiles (e.g., “Jamie Dimon: America’s Least Hated Banker”), which he deposited and withdrew as needed for the rainy days ahead. Today, that account appears to need a significant infusion of capital – like $6 billion worth.

As for the world’s most revered (and once biggest) company, we all know that Steve Jobs’ untimely passing left his successor Tim Cook with big shoes to fill. As tempestuous as Mr. Jobs was, his turnaround of Apple, and the obsequious media coverage that resulted, left him with a deep well of reputation capital, while Mr. Cook, a very highly regarded Silicon Valley executive, had yet to burnish his brand among the media’s makers and breakers of reputations.

Following the boffo launch and media love fest for its latest smartphone the iPhone 5, the first chink in Apple’s reputational armor arrived with the company’s premature ousting of Google Maps on the iOS, making way for the directionally deficient Apple Maps. Heads ultimately rolled, but the once inscrutable Apple, for the first time in recent memory, seemed vulnerable. 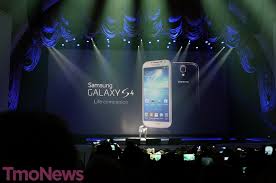 Rival Samsung, whose lawsuit loss to Apple didn’t bring it down, ratcheted up its ad/PR spend in 2012, not to mention its product design, and soon was anointed by more than one journalist as the next Apple. Samsung then audaciously took a page from Pepsi challenging Coke or Apple taking on Microsoft, for that matter. Rather than ignore Samsung’s calculated ploy to bring it on, [entity display=”Apple” type=”organization” subtype=”company” active=”false” key=”apple” ticker=”AAPL” exchange=”NASDAQ” natural_id=”fred/company/280″]Apple[/entity] took the sucker punch and publicly dissed its Korean rival in the media, further draining its reputation capital.

It’s easy to Monday morning quarterback absent the facts at hand, but suffice to say, Apple should quickly re-focus on what filled its once-bountiful well of reputation capital. The company, as message-minded as it is, should also aggressively re-build bridges with the outlets/journalists that have called it out.  Apple did get a small reprieve last week when Samsung was called out for over-hyping its Galaxy 4 launch (at Radio City).

As for Jamie Dimon, I still believe he has enough reputation capital in his account to weather this latest Moby Dick of a storm.  Hopefully, the passage of time will eventually allow him to return to steering his ship to calmer (and perhaps more regulated) waters.

Finally, I’m still sorting out how readily some journalists forgot the historical accomplishments of these two vaunted businesses brands to expose their transgressions with abandon. Is it simply Schadenfreude or is the real-time news firehose rendering the once-immutable paradigm of reputation capital obsolete?