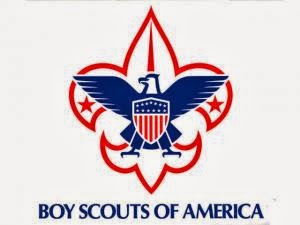 Two venerable institutions were in the news this past week for ethical transgressions from individuals within their respective organizations.  At first blush, the incidents didn’t appear to be all that serious, yet both resulted in the organizations taking swift and decisive action. The transgressors were summarily fired.

I’m talking of course about the Boys Scouts of America and The Associated Press – two iconic and esteemed brands in their respective realms. If you missed it, a volunteer scout leader hiking in Utah’s Goblin Valley State Park decided to topple an ancient rock formation, and then gloat about it. Not only that, the misguided guide posted a video clip of the incident on Facebook.

That dopey decision alone was likely sufficient for termination.

The dim-witted culprits concocted some cockamamie excuse that the precarious positioned boulder posed peril to the boys scouts passing beneath it. What they neglected to remember was the Scouts’ long-standing credo on the environment: “Leave No Trace”

“As cities grow and populations encroach upon wildlands and recreation areas, we must do more than just pick up the litter and extinguish campfires. We must learn how to maintain the integrity and character of the outdoors for all living things. Leave No Trace is not simply a program for visiting the backcountry, it is an attitude and a way of life. Learning about Leave No Trace begins with your unit.”

Having represented The AP for its 150th anniversary and a photo book it published of World War II photographs (tied to the opening of the World War II Memorial), I for one understand and appreciate this news organization’s steadfast adherence to the principles that govern its approach to maintaining journalistic integrity. It is the foundation on which the news organization was built for which there is no higher calling.

It’s also a mission that former president Lou Boccardi and others who’ve since followed him have continually struggled to uphold, especially as the entire media ecosystem undergoes a seismic shift in how it collects and reports news. (Did The AP just agree to accept “sponsored content?”)

In the midst of a very close and contentious Gubernatorial race in Virginia, a long-time and revered AP political correspondent filed a story alleging financial malfeasance by one of the candidates. The story was false, and the AP had to retract it some 98 minutes after it first moved.  The issue of whether this was a case of sloppy or politically motivated reporting was irrelevant.  The AP not only fired the reporter, but his editor and a third member of the news staff.

Whatever the specific circumstances, The AP demonstrated zero tolerance for its (perceived) violation of the organization’s News Values and Principles:

“For more than a century and a half, men and women of The Associated Press have had the privilege of bringing truth to the world. They have gone to great lengths, overcome great obstacles â€“ and, too often, made great and horrific sacrifices â€“ to ensure that the news was reported quickly, accurately and honestly.

Our efforts have been rewarded with trust: More people in more places get their news from the AP than from any other source. In the 21st century, that news is transmitted in more ways than ever before â€“ in print, on the air and on the Web, with words, images, graphics, sounds and video. But always and in all media, we insist on the highest standards of integrity and ethical behavior when we gather and deliver the news.

That means we abhor inaccuracies, carelessness, bias or distortions.”

The News Media Guild, the union representing AP’s news staff, intends to “vigorously” fight the firings. What the Guild (and others) don’t recognize is that The AP, and The Boy Scouts for that matter, have much more profound and consequential reasons for taking the decisive actions they did.

These unfortunate incidents strike at the heart of their institutions. To not have taken such actions, the org’s respective managements would be committing their own acts of malfeasance.

“It takes many good deeds to build a good reputation, and only one bad one to lose it.”— Benjamin Franklin

“It takes 20 years to build a reputation and five minutes to ruin it. If you think about that, you’ll do things differently.” — Warren Buffett