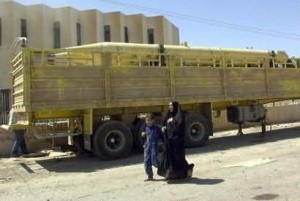 What if the State of Israel had done nothing to retaliate for the bloody terrorist attacks and kidnappings on its northern and southern borders? What if it instead made a concerted effort to capture in words, pictures, sound and video the atrocities on its soil and syndicated them throughout the world?

Would this unexpected and contrarian response have garnered the kind of sympathy and support the Jewish state has long sought in the global court of public opinion? I wonder, especially considering the restraint showed during Operation Desert Storm when Iraqi scud missiles rained down on the Jewish State. That was then.

Now that news of this breach of Israel’s sovereignty has faded into the rear view mirror of a continuous news cycle, we’re left with images of a sustained Israeli offensive to fill the news hole for the foreseeable future. How can Israel ever expect to build support when its tanks are blasting through terrorist-infested neighborhoods?

Fighting fire with fire and brimstone would be a reasonable strategy if the terrorists cared about human life or were deterred by a strong Israeli response. They don’t and they aren’t. I still believe that public opinion can produce change, and that the ability to instantly disseminate words and pictures in this new media landscape can help propel the long-term result Israel desires.

With that said, one has to wonder what this country would do if state-sponsored terrorists from Mexico tunneled into San Diego and killed a handful of innocent Americans.