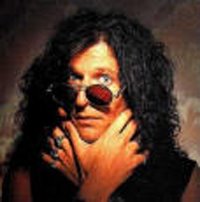 PR trouble for Infinity Radio? After much fanfare to breathe new life into Infinity post-Howard Stern — both real and engineered — the programming team at the shock jocks’s soon-to-be former home now has the inklings of an even bigger PR challenge on its hands. After spending six figures on a 24-page unprecedented advertising buy in Ad Age to tout its new line-up of on-air talent, the inimitable “Page Six” today reports a brewing revolt by some of Stern’s terrestrial outlets.

I guess David Lee Roth, Adam Carolla and Jack Radio didn’t exactly add up to the mojo Stern has built among fans (and advertisers). Did Infinity really think that advertising its new line-up would create the necessary advanced WOM to secure station carriage and advertiser/audience esteem? The #2 radio company did issue a news release, but really. With all the buzzworthy tools available today, I would have to say that this marketing campaign seems, well, so old-fashioned.

Howard Stern, of course, will manage his own message and satellite debut. He starts with this parting shot, and look for quite a bit more. I’m sure former WSJ reporter-turned PR man (now for Sirius) Patrick Reilly is swimming in shocking ideas designed to raunch us into subscribing.