The writing on the wall was clear for months. Jann Wenner and his PR consiglieres had ample time to plan for the inevitable smackdown of his marquee publication’s journalistic practices (or lack thereof) around the UVa rape investigative story. To his credit, the Rolling Stone publisher retained an independent and credible body to examine what went wrong.

The findings of that investigation broke last night and it was ugly. From the headline in The New York Times:“In Report on Rolling Stone, a Case Study in Failed Journalism” to the one on The Wrap: “Rolling Stone’s Erroneous Campus Rape Story Ripped in Scathing Independent Review,” the venerable magazine brand took it on the chin – big time. 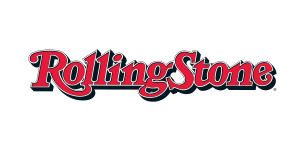 Now I’m not here to re-hash the flagrant mistakes Rolling Stone made during its editorial process. Now will I attempt to further scrutinize the investigators’ findings. I’ll leave that up to a myriad media pundits. From Jay Rosen:

“The key decision Rolling Stone made was made at the beginning: to settle on a narrative — indifference to campus rape — and go in search of the story that would work just right for that narrative.”

Rather, I’m trying to get my arms around the punishment Rolling Stone meted out to those who violated the magazine’s journalistic credo, let alone the trust of its readers. Is it sufficient to put this crisis to bed once and for all?

No one fired or disciplined at @RollingStone? Reeeeeally? Our latest @CNNMoney story: http://t.co/pjXRQKPkzB

In its first report of the investigation findings, The New York Times‘s Ravi Somaiya cited Mr. Wenner as saying Sabrina Rubin Erdely, who penned the erroneous piece, would continue to contribute to Rolling Stone, and her editors would not lose their jobs. Somaiya’s piece has since been amended and no longer includes the promise to Ms. Erdely. As for her editors:

“Mr. Wenner said Will Dana, the magazine’s managing editor, and the editor of the article, Sean Woods, would keep their jobs.”

This is in spite of the report’s finding that:

“The reporting errors by Ms. Erdely were compounded by insufficient scrutiny and skepticism from editors.”

In the same story, Mr. Dana is quoted as saying:

“Mr. Dana said that the report was punishment enough for those involved, and that they did not deserve to lose their jobs because the article ‘was not the result of patterns in the work of these people.’”

Is Ms. Erdely fired or is she not? And if Ms. Erdely is fired, why are her editors allowed to keep their jobs? One tweet last night called out Mr. Wenner for pinning the blame on two women: the alleged rape victim and the reporter who was duped into telling her now fully discredited story.

It’s become apparent that not only did Rolling Stone screw up its journalism, but it fell short on how it responded to the affirmation of that screw up. Sure there’s plenty of contrition to go around, but Jayson Blair was remorseful too before being canned from The New York Times for plagiarism, which ultimately led to the resignation of The Times’s executive editor.

As far as optics goes, perhaps Mr. Wenner’s (initial) resistance to fire Ms. Erdely had more to do with the nature of the story and gender of its reporter. Clearly her male editors were just as culpable in publishing that piece, yet Mr. Wenner thus far has resisted to wield a bigger ax. Instead, Ms. Erdely’s fate remains unclear, and her editors appear to have survived the crisis.

Hence, questions remain: are a very public admonishment of the magazine’s journalism and a show of contrition from those directly responsible sufficient to put this crisis to bed? I’m not so sure.

From The Daily Beast “Rolling Stone Just Doesn’t Get It”:

“And in a comment that is bound stir up further controversy for a magazine that has had a festering PR problem since the article was published, Rolling Stone publisher Jann S. Wenner appeared to absolve his staff and blame Jackie in an interview published Sunday by The New York Times.”

Or as Sharon Waxman notes in her analysis on The Wrap:

According to Wenner, this lapse was a one-off. Everybody at Rolling Stone can go about their business. Also, they’re super-sorry it happened. Um – what? There’s a stunning revelation at the heart of Columbia Journalism School Dean Steve Coll’s inquiry into Rolling Stone’s botched investigation of an alleged campus gang rape at the University of Virginia. The revelation: There is nothing wrong with the way Rolling Stone goes about the business of journalism.