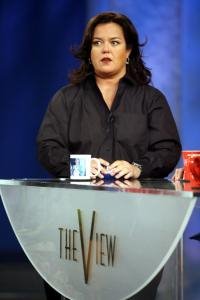 I don’t care how it was spun. Rosie was booted from “The View.” And Barbara Walters took the lead in making it happen. Sure. Ms. Walters lamely denied her complicity. And yes, Rosie sputtered through some nonsense about how contract negotiations broke down. “I wanted one year, they wanted three years, they offered two…” Gimme a break! It doesn’t make sense. Who’s fooling who?

The repeated and embarrassing gaffes by Ms. O’Donnell, many of which undermined her matronly patron and overwhelmed her cohorts, contributed to the corpulent co-host’s demise. Just take another look at the body language yesterday, led by Ms. Walters, during the on-air charade. This news was cobbled together suddenly, and frankly, not especially thoughtfully.

It’s also an example of the ax falling, where the ratings didn’t necessarily support it. Imus, sound familiar? Katie, is there hope? Rosie was a bull in a china shop. Her strong personality (and I’m putting this mildly) alienated everyone…except perhaps for the daytime TV audience and ABC’s ad sales department.

Or maybe not. Today’s NY Post reports that a Rosie-orchestrated coup d’etat was in the works wherein Ms. Walters gets the boot, and Rosie takes over. Hmmm.

Whatever the case, one thing’s for sure: Rosie prevailed in the PR department. TMZ’s connected editor Harvey Levin held firm in his belief that Ms. O’Donnell left under her own volition. And The L.A. Times and others today are speculating that another show may already be in the works.

In fact, putting the disingenuous deception aside, the ensuing media coverage gave a more than hefty helping hand to Rosie and her role in elevating “The View’s” ratings and relevance. As a result, she’ll land bigger (if that’s possible) and better on the cable or broadcast dial — for our viewing pleasure, or displeasure as the case may be.