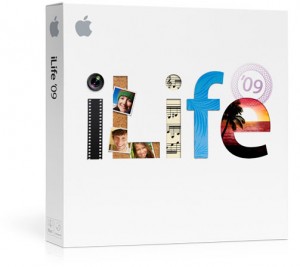 Those I follow on Twitter are consumed today with the maneuverings from Macworld 2009 (absent a hormone-imbalanced Mr. Jobs).

As Mack Collier wrote: “Twitter is constipated, can I assume that MacWorld is underway?“

Dave Winer lamented: “Oh great. Garageband. I don’t use that either.”

Ryan Block hit a tech bump trying to live blog the event from the Moscone Center: “Bummed we couldn’t be up for 100% this keynote! System seemed like it was ok, but I think we maxed out Mosso’s pipes! 2GB, up to 3GBps peak!“

I suppose there’s no one to blame but myself for having to deal with this relentless feed of Apple i-nnuendo. I’ve made my Twitter bed, now I have to sleep in it.

I did stumble upon a longer-form and more worthwhile opinion piece from grizzled tech reporter Renay San Miguel who cut his tech teeth in analog cable TV before turning to 1’s and 0’s.

In “Diagnosing Apple’s PR Afflictions,” San Miguel turns the spotlight away from the company’s marketing machinations and toward the latest round of questions catalyzed by Steve Jobs’ memo explaining his weight loss:

“When it comes to Steve Jobs’ health, who’s telling the truth? Apple, famous for managing the message, has been forthcoming to a point. So journalists do what they’re trained to do, and seek out the story — but where do you draw the line between rumors and legitimate news?”

San Miguel observes the seeming disparity in the way in which old and new media reported the story: “Silicon Alley Insider fed the new-vs.-old-media meme with its headline, “Gizmodo Gets Steve Jobs Macworld Story Right, CNBC Gets It Wrong.”

His overriding gripe had to do with Apple’s apparent lack of adherence to one of the primary tenets of Web 2.0 — transparency — in spite of acknowledging the challenges Apple PR faces with an enigmatic CEO:

“I’m hoping that Dowling [the PR person] isn’t contributing to Apple’s wobbly strategy regarding Jobs’ health issues. To be fair, everybody needs to understand that he’s working for one of the most mercurial CEOs ever. What Jobs says goes, and if he doesn’t want to say everything there is to say about his health — even if I and others think that’s the wrong approach — then that’s that. And Apple’s PR department was famous before Dowling got there for its absolute control of the message.”

Jobs is at the vortex of this tornado of attention; the company must be upfront about everything, and not just when the rumors reach critical mass. He’s the CEO of the most blogged-about tech company on the planet, with responsibility to shareholders. His image is Apple’s image. If the rumors are at a fever pitch and impacting stock price, then, sadly, the issue of privacy becomes moot.

Stonewalling is simply not the Apple way. At least, it’s not the Apple that charmed me when I bought my first iPod and took it out of its box, only to find a little message on the clear plastic that encased the media player. “Don’t steal music,” it said, addressing head-on the controversy over illegal downloads.

Nicely done. But a letter from Steve Jobs that appears to answer questions only to raise more, and simply roils the blogosphere, is no way to think different.

So how would you handle crafting a statement designed to put to bed questions about your CEO’s health, knowing that certain omissions may in fact produce the opposite effect?