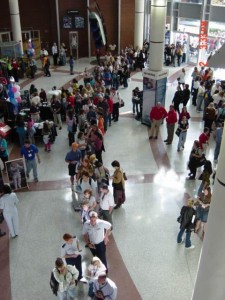 “Shining a Light: Sometimes non-stop publicity is exactly what a hostage needs” – The Times of London (July 5, 2007)

“The Gripe: Too much publicity is an unforgivable curse” – Baltimore Sun (July 6, 2007)

Both reporters opined on the fate of two Brits, yet each viewed the advent of media attention in entirely different lights. The first commentary credited the steady flow of publicity for the eventual release of BBC hostage Alan Johnstone:

“But what truly distinguished Johnstonâ€™s case was its relentless exposure in the media, thanks largely to the BBCâ€™s admirable refusal to let it slip from the public eye for so much as a day.”

The second commentary demonizes the hyperbole leading up to the July 21 release of the last of the Harry Potter books:

“Advance publicity is one thing, but media overload like this can’t do anyone any good.”

When does the buzz begin working against the business goal, e.g., securing a hostage’s release, selling books…?

And, of course, let’s not forget the biggest publicity bonanza of all – the media mania surrounding the iPhone. Apple’s carefully honed release strategy succeeded beyond anyone’s expectations. Though I would argue that true innovation should demand all the attention. Think Segway (initially caled “FlyWheel”).

But now that the free media ticket has substantially subsided, we’re left with the iPhone’s pre-release paid TV spots that permeate “The Daily Show,” and elsewhere. (The best video segment was not exactly produced by Apple, though I’m sure the company liked it.) It was David Pogue’s video take here.

With all the free, gushing attention, why continue to run the ads? In my opinion, the ongoing paid campaign could produce a public backlash. I mean who on this planet has not reached an iPhone saturation point? Some who weighed in: