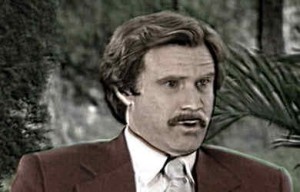 “I got caught up in scare stories,” Stossel says. “We believe what we want to believe, and the clueless media often are ignorant about science and economics and take information from people who want to be in the news and run with it without doing good checking.”

This is the quote/epiphany from John Stossel today in USA Today. His recognition of faulty science and the practice by (mostly TV) journalists to use scare tactics to advance preconceived story premises (to boost ratings) can be found in his new book out next week Myths, Lies and Downright Stupidity (Hyperion, $24.95).

It’s kind of refreshing to hear Mr. Stossel take such a journalistically contrarian approach (aka “Give Me a Break!”). After all, how many companies and industries have been brought to their knees by these frenzy-producing and fact-flimsy investigative segments? Think alar in apples, acceleration in Audis and e.Coli in bagged lettuce (last night).

Hey, maybe we shouldn’t complain since our profession has been the direct beneficiary of these dramatic TV news packages. Virtually all have necessitated the hiring of a PR firm (at crisis billing rates) to mount counter campaigns. (Didn’t Duke just hire Burson-Marsteller?) Still, who among us would ever wish upon a PR colleague some crusading TV news producer hell bent on taking down a client?

Anyway, take a visit to my new friend Trevor Butterworth’s site and have your fill of junk science exposed. And be sure to check out Mr. Stossel — coming soon to a city near you. Of course, there are many who won’t.