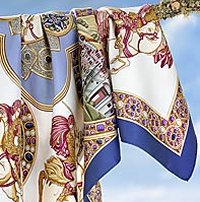 How could you not love Oprah Winfrey? She is a show business icon who has made an extraordinary contribution to all our lives and the lives of the less fortunate.

However, as her recent Parisien provocation points up, she’s also a major prima donna who uses her celebrity and national television platform as a bully pulpit.

If you missed this one, Oprah stopped by the Hermes store in Paris to buy a gift — after the store had closed and while it was setting up for a private PR event. She insisted on shopping, but was rebuffed. Someone floated the notion that this was a bias incident (“Page Six?”), which set off a firestorm of controversy. Oprah has now threatened the folks at Hermes with an on-air castigation once the show returns from hiatus in September. Under this threat, Hermes had no choice but to issue a very public apology.

Not nice, Oprah. However, if the allegations of racial bias have any veracity, Hermes, shame on you too.