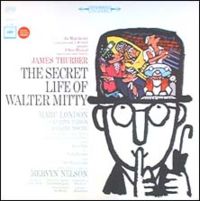 Sure, Second Life has garnered an inordinate amount of media attention since hitting the big time over the last year or so. But just like the Mittyesque avatars who frequent the joint, opinions about the now big-branded virtual world tend to be of two separate minds.

Consider the rather skeptical view proffered from one mind at Wired. Frank Rose’s piece, titled “How Madison Avenue Is Wasting Millions on a Deserted Second Life,” reports:

“Created by an underfunded startup using a physics engine that’s now years out of date, Second Life is made up of thousands of disconnected “regions” (read: processors), most of which remain invisible unless you explicitly search for them by name. Residents can reach these places only by teleporting into the void. And even the popular islands are never crowded, because each processor on Linden Lab’s servers can handle a maximum of only 70 avatars at a time; more than that and the service slows to a crawl, some avatars disappear, or the island simply vanishes.”

Not exactly the kind of environment the mass marketing set counts on to capture eyeballs. But I’m not one to believe everything I read. Consider the Newsweek International piece that also popped this week. It’s title and lead say it all: “Alternate Universe: Second Life is emerging as a powerful new medium for social interactions of all sorts, from romance to making money. It may be the Internet’s next big thing.”

“The medium sucks people in. A recent Dutch study found that 57 percent of Second Lifers spend more than 18 hours a week there, and 33 percent spend more than 30 hours a week. On a typical day, customers spend $1 million buying virtual clothes, cars, houses and other goods for their avatars, and total sales within this virtual economy are now growing at an annual rate of 10 percent.”

Gartner Research pumped on the bandwagon:

“By 2011, four of every five people who use the Internet will actively participate in Second Life or some similar medium, according to Gartner Research, which recently did a study looking at the investment potential of virtual worlds. If Gartner is to be believed (and it is one of the most respected research firms in the field) this means 1.6 billionâ€”out of a total 2 billion Internet usersâ€”will have found new lives online.”

So who’s to believe? Beats me. I still have a hard time finding the right wardrobe to wear in that world. And, once I do, fat chance I’ll be headed over to drink from Coca-Cola’s virtual cup. I mean, as of this week, you can’t even gamble there any longer.