I suppose it all started when Mark Zuckerberg’s generous buyout offerÂ was rebuffed byÂ SnapChat, that ephemeral mobile app that lets its users send their friends a short-lived glimpse of their text and images. Now all the rage seems to revolve around the return to anonymity, not unlike the early days of the Internet when people hid behind fictitious screen names.

A handful of stories crossed my streaming screens this week. The first was Nick Bilton’s reasoned, if not cautionary, tale of the ins & outs of the much buzzed-about app Secret. It followed his post from early last month “Entering the Era of Private and Semi-Anonymous Apps.”, which was followed by his intrepid colleague Jenna Wortham’s piece from nearly a week ago”New Social App Has Juicy Posts, All Anonymous.” Â In Mr. Bilton’s latest post,Â “Name Calling in the Virtual Playground,”Â he wrote:

“Secret has apparently put the Valley in touch with its inner 10th grader and become a cyber-schoolyard for all manner of gossips and trolls inside the technology industry. The blowback has been swift.”

He then proceeded to source various valley influencers who’ve revolted against the way in which Secret more easily facilitates the haters who can now hate anonymously and presumably with impunity. In his previous piece on anonymous posting/sharing, a spokesperson for Secret said:

“…the company did not condone attacks against specific people, adding that gossip about specific people within the tech industry made up ‘a very small fraction of the overall posts.'” 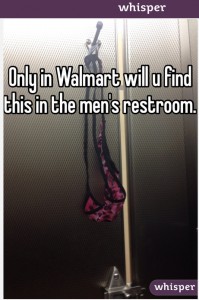 The second related piece involved the strategic alignment between the always buzzworthy Buzzfeed and the anonymous app Whisper, created by former Gawker click king Neetzan Zimmerman. From what appears to be a Mashable exclusive, we learn:

“The partnership, which does not include any compensation, has already produced posts such as “19 brutally Honest Teacher Confessions,” which features a series of embedded Whisper pictures. The post has already garnered more than 1.1 million views. Whisper is an anonymous social app in which users can post messages superimposed over pictures.”

We could probably talk about the intense rivalry between Gawker and Buzzfeed, but will leave that discussion for another day.

Finally, the good folks at Pando jumped onto the anonymity app bandwagon with Nathaniel Mott’s post this afternoon titled “Cloak and the appeal of anonymous platforms and â€œ’antisocial networks.’â€ In it, Mr Mott rounds up some other media observations about Cloak, and adds his relatively positive assessment of the anonymous messaging app:

“In a sense, anonymous platforms like Secret or Whisper recreate that anonymous networking, while messaging apps fill the same role email did before it was overcome with spam messages. Using Cloak to avoid family and friends isnâ€™t much different from being hunched over a keyboard while an ancient monitor projects its blue-white glow onto everything in front of it.” 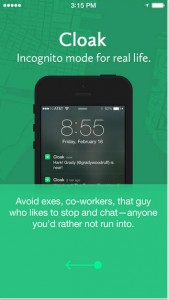 As a communications executive charged with advancing my clients’ business through messaging and stories, I have mixed feelings about the age of social anonymity we’re poised to enter. In the early days of “We the Media,” we frequently heard tales of “astroturfing” whereby paid advocates for a product, service or cause posted pseudonymously on blogs and elsewhere…until of course they were publicly outed. The idea that those with an ax to grind can so easily propagate spurious information is very unsettling to me. Also, who can forget Formspring? Â The trend toward anonymous posting is like Citizens United for the social set.

Those wishing to expose wrongdoing or simply call out an evil boss can now do so without retribution, or so the theory goes. One thing I do know: when you give someone anonymity, or even a cloaked Twitter handle, the propensity to say stuff you’d later regret increases, as does the likelihood of sharing stuff that may prove inaccurate. Â It’s very disconcerting to me to see uninformed people of a certain age using email to share all kinds of dumb stuff. Â A friend of friend recently bragged about using Snopes as a source for negative material on POTUS. Â Geesh!

Then again, I’m kind of enamored with this idea:

Twitter could integrate Secret. A checkbox says “post anonymously.” Your followers see it but won’t know who it’s from. What do you think?