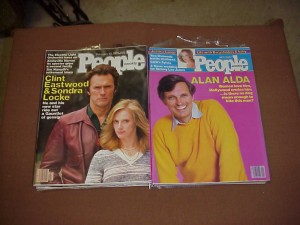 Back when I was toiling in the Hollywood PR game, from New York no less, our boutique entertainment firm had the fortune of working with M*A*S*H star Alan Alda as he segued from the small screen to the big.

The first film he wrote, directed and starred in, “The Seduction of Joe Tynan,” cast him as a popular Senator with Presidential ambitions. The well-received pic featured a relatively unknown actress in only her second supporting role, Meryl Streep.

Alda’s next film “The Four Seasons,” an ensemble comedy featuring three couples on vacation set to the music of Vivaldi’s The Four Seasons, also drew positive reviews. The reviews, however, paled in comparison to Mr. Alda’s media ubiquity that ensued. He had a prominent presence in many of the most sought-after media properties of the day.

If my memory serves me well, Alda appeared alone or alongside his wife Arlene on NBC “Today,” ABC “GMA,” and the syndicated “Donahue.” He had cover stories in three of the seven sisters (Redbook, McCalls and Good Housekeeping) on both Parade and Family Weekly, in People Magazine, in The New York Times and Daily News Sunday magazines, on the cover of Harper’s Bazaar and others.

The press clip book was a certifiable piece of hyperbolic art for which my boss Bobby Zarem treated me to a cashmere cable knit sweater from Andre Oliver, the tony E 57th Street store where his brother Danny presided. It was a quantifiable (in impressions) PR success, and it may have even put a few boohineys in seats. Who knows?

Since those days, I’ve never stopped wondering whether it’s the quantity, quality or paucity of publicity that creates the desired desire. A few years ago in this space, I called to the red carpet a famous Hollywood publicist for his “success” over-exposing Jennifer Aniston for some lackluster film of hers.

On Friday, Reuters asked “How Many Obama Magazine Covers is Too Many?” In addition to his seven TIME covers in 2008 (versus McCain’s two)…

“Obama and his family were featured on the cover of People magazine this month and he has also been a cover boy for GQ, Vanity Fair, Men’s Vogue and Rolling Stone, among others.”

Claudia Parsons, who penned the media “analysis” for Reuters, astutely wondered whether “any publicity is good publicity.” She quoted Tom Rosenstiel, director of the Pew Research Center’s Project for Excellence in Journalism,

“Survey data is beginning to identify what some people are calling Obama fatigue. He may have predicated too much of his campaign on biography,” Rosenstiel said. “That only takes you so far in a general election. The coverage may be too much about Obama and not enough, for Obama’s cause, about his ideas.”

Could it be that the strategy to leverage Obama’s celebrity to open media doors may in fact be having the reverse affect? Obama spokesman Tommy Vietor declined to comment, saying, “We’re not here to be media critics.”