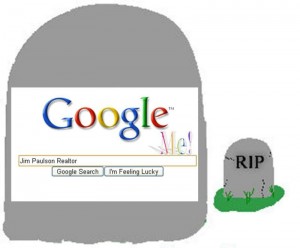 As mentioned in a previous post, I had a chance to hear the insightful and entertainingly profane Gary Vaynerchuk wax poetic on the open stage at the recent Internet Week confab here in NYC. @GaryVee said something that got me a thinking.

In essence, he proclaimed the death of search engine optimization (SEO) as a marketing discipline for driving business:

“…the days of gaming Google to garner one’s ranking in the search engine’s organic results are numbered. He said that he’ll be getting his restaurant recommendations, not from search, but from his ’17 most trusted friends’ in his social channels.” 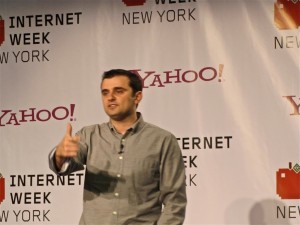 With these numbers and the inherent trust users assign to the recommendations of their expanding circle of “friends” residing in these and other social channels, what will become of an entire industry of SEO specialists fixated on Google’s always-changing algorithm? 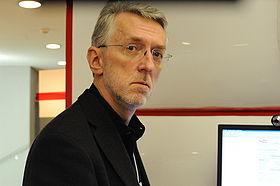 Fortuitously, I had a chance to share Gary Vee’s vision of a world less reliant on Google search for trusted recs with the one person who most assuredly would have an opinion.

Here is an audio clip (RT 7:36) of my exchange with the prolific Jeff Jarvis, associate professor at CUNY’s Graduate School of Journalism, author of What Would Google Do?, co-host of This Week in Google, and BuzzMachine blogger who singlehandedly forced a massive cultural shift at Dell after his series of Dell Hell rants.

So, is the SEO industry and the gaming of Google by marketers on the outs? Jarvis concludes with this:

“Look at companies like Demand Media. They are producing millions of pieces of content that are designed for exploiting SEO and Google. Google is looking for more signals of originality and quality according to Matt Cutts…The more that Google gets better signals and better stuff, the better the search results are for each of us. So the fact that SEO starts to die I think is a very good sign for Google, the opposite of what Gary says. I rarely disagree with Gary and I shop at his store…great wine and a great guy, but I think he’s wrong about this one.”

With that said, my pal Lee Odden, one of the best SEO pros in the business, remains bullish about the prospects for his chosen discipline. Here’s his post on the subject. And here’s an excerpt from his comment below:

“While the 400 million+ FB users, 100 million+ Tweeple and over 1 1/2 million Foursquare users is impressive, consider this: Google web sites handle over 88 BILLION queries per month.

With all the content being created, crawled and indexed from web sites, social channels and various media, does anyone really think the usefulness of sorting through all that content could be accomplished through recommendations alone? That’s a sound bite, not wisdom.”