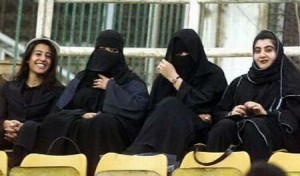 In the previous post, we touched on a few of the tools in the modern PR practitioner’s toolbox. We didn’t, however, consider western “civilization’s” obsession with the more puerile elements of popular culture. (Think Donald Trump, Lindsay Lohan and American Idol.) 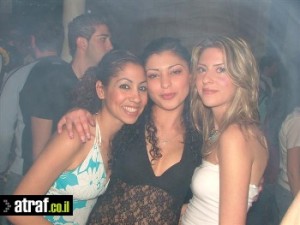 Sure, some enterprises benefit by having a 24/7 response mechanism in place to counter any misinformation wafting onto the airwaves, desktops, cellphones and pages of today’s media consumer. And, of course, it’s always a plus keeping a few TV networks in your back pocket to help amplify your perspective.

But we didn’t consider the exploitation of what REALLY connects with the populace. In a piece titled “Babes in the Holy Land,” Newsweek looks at a new PR initiative by Israel “to remake the Jewish state’s public image.” The government and several pro-Israel groups pro-actively pitched Maxim magazine for a racy photo shoot.

“But Israel’s real PR problem, according to Saranga, is that Americans â€”particularly men aged 18 to 35 â€” either associate the country with war or holy relics, or don’t think of it at all. ‘We have to find the right hook,’ he says. ‘And what’s relevant to men under 35? Good-looking women.'”

Hmmm. Somehow I don’t see this happening in Saudi Arabia. (See photo top right.) But Wal-Mart might benefit by giving it a ride. Ooops. Been there, tried that….

“This effort is the latest volley in a long-running battle over how to sell Israel to the world. Tourism is a nearly $2 billion-a-year industry in Israel, and the art of public relations is something of a national obsession. In Hebrew it’s called hasbarah, which means “‘explaining.'”

And, as if Israeli weren’t sufficiently obsessed with the country’s public image, the winner of its top-rated TV show wins a job as a PR person:

“‘We almost have a psychological disorder when it comes to public image,'” adds Eytan Schwartz, the first winner of Israel’s top-rated reality TV show, “The Ambassador.” Schwartz’s prize is proof of that: the winner of “The Ambassador” gets to become a public-relations flack.”

The piece went on to weigh this effort against exploiting its religious appeal to Christians around the world. Former tourism official Benny Elon:

“It’s the only state where you can take the Bible as your tourism guide.”

Harvard Law School professor and author of The Case for Israel disagrees:

“Benny Elon is just dead wrong. It puts Israel in the camp of arch-conservative people.”

Whatever the approach, and if you’re the least bit familiar with how things work in that country, you’ll know that consensus is rarely achieved, most all agree that something must be done. This was made plain from recent brand evaluation from WPP’s Wunderman:

“A recent study by the New York marketing firm Wunderman has concluded that Israel’s ‘brand’ is perceived similarly to those of Philip Morris and the NRA.”