I’ve been meaning to pen a follow-up to my post from a week ago on Facebook’s advertising strategy, but the company’s now infamous IPO quickly suffocated any opening for a fresh take from a PR (and personal) POV. Yes, readers, I too believed Mark, Sheryl and the bubblicious hyperbole that streamed from the tech, media and marketing pundits I’ve blindly chosen to follow on Twitter.

As PandoDaily’s Sarah Lacy observed in the aftermath of the debacle:

“That said: These are smart people. They knew the stakes. They planned this for years. How on earth could it have gone this badly?”

I am now the un-proud owner of a couple hundred shares of $FB at $34/per and frankly, I am stewing. I took to my Facebook wall to vent: 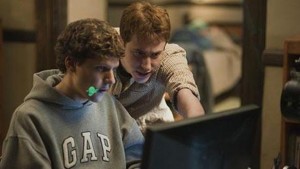 Of course I could count on my always loquacious pal Andrew Giangola to chime in with a reasonable retort to my request that Facebookâ€™s soon-to-be Quixotic founder Mark Zuckerberg serve up an apology to the millions of small investors who bought into Aaron Sorkinâ€™s celluloid depiction of him and his audacious creation. (Also, didn’t Mr. Zuckerberg publicly state that he wanted to allow individual investors to have a stake?)

Andrew noted that “The Right thing = Liability” and the newly public company’s lawyers likely had the founder’s hands tied. I decided to let the post die until today when the stock slipped another 10% to $29/share, and USA Today sought ProfNet’s help in seeking…

“…someone to write a 350-word opposing view for USA Today that the Facebook IPO is the latest example of small investors getting screwed because insiders had better information. It will run with our editorial saying that the larger lesson is that small investors should stay out of IPOs.”

I still believe that lawyers or no lawyers, the public consensus was pretty consensual: individual investors (i.e., active Facebook users) who chose to believe in the gospel of Facebook got burned, and for this, the company would be well-served to publicly address this unfortunate reality.  Should it apologize for its CFO’s indelicate indiscretion to the underwriting banks? No.  Should it apologize for Nasdaq’s meltdown? Hardly.

But when Mr. Zuckerberg emerges from his Roman honeymoon mode, he should task his PR consiglieres to work with his lawyers to hammer out some heartfelt language that seeks to temper the anger felt by his most important constituency, let alone the inevitable class action lawsuit. The company’s silence over this unfortunate chapter in its once-promising young history is deafening, IMHO.

Or maybe not, especially when one considers how the incessant media hose turns all page one memes into ephemeral mush over time.  Here’s the latest take from Ms. Lacy:

“Right about now the communications team at Facebook is just praying for someone else in technology to be bought, go public or generally screw up. Anybody. Weâ€™re in week two of the post-mortem over Facebookâ€™s IPO. The narrative has shifted (somewhat) from â€œWHAT A TRAINWRECK!â€ to â€œWait, Facebook made a pile of money without inflating a bubbleâ€¦is that really so bad?â€