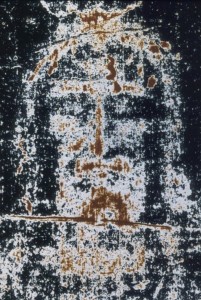 Heading home last night I passed a church with a marquee out front that read: “The Da Vinci Code: Faith, Fact or Fiction?” followed by dates and times for special sermons on the soon-to-be saturated subject.

In a posting last August, I observed how the film’s production was completely shrouded in secrecy. In early March, I re-visited the subject when the film’s growing number of detractors got organized and started making noise. I even made a half-hearted suggestion that the film’s marketing team save their massive marketing budget and let the viral word-of-mouth and controversy fuel interest and awareness. The film’s star Tom Hanks concurred:

On the cusp of the presumed blockbuster’s premier in Cannes today (followed by global headlines and reviews tomorrow), we learn that producer Brian Grazer, director Ron Howard and the marketing teams at Imagine and SONY Pictures have in fact kept an immovable lid on advance PR and word-of-mouth screenings of the film. The theatre owners, who are legally obligated to see the film before agreeing to show it, only saw it for the first time on Friday.

Sharon Waxman, L.A.-based scribe for The New York Times, reports on how a marketing tactic that usually portends doom & gloom for a motion picture’s critical and box office prospects — no advance screenings — has been deployed in the case of “The Da Vinci Code.”

“‘There was an inordinate amount of interest in this film, and we wanted to contain the excitement and anticipation,’ said Valerie Van Galder, president of domestic marketing for Sony Pictures….”

I suspect the word “contain” is the operative here especially nowadays when anyone attending a private preview can syndicate their views (and reviews) online.

We even learn that the offer of a TIME Magazine cover story — the PR “Holy Grail” in Ms. Waxman’s words — was turned down since the reporter would be required to see the film in advance! No fret. The award-winning newsweekly will write about it big time anyway since it’s kind of like dating: the more available you are, the less attractive you’ll be.

Anyway, we’re about to find out whether this marketing gambit of abstinence will reap divi-dends or be sent into purgatory.