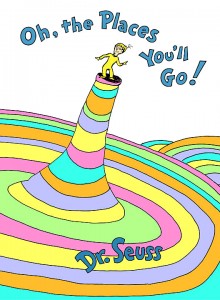 I received a call several months ago from a potential client who was jumping on the social networking bandwagon. Unlike the vertical business networks recently chronicled by The Journal’s Jessica Vascellaro, this one had consumers in mind, and specifically the 64 million Americans born between the years of 1946 and 1964.

As a member in good standing of this franchise (born closer to the latter date, I might add), I decided to give the site a test drive to assess its relevance to my life and, its “mediability,” i.e., newsworthy points of differentiation. I also called my friend Chuck, the nationally recognized expert on all things boomer, who was much more pessimistic about the site’s prospects.

Supposedly it offered discounts to products and services appealing to this age group. You know, Pepcid, Rogaine, Florida time shares, retirement planning, long-term care insurance, cemetery plots… Within a day, I started receiving messages from some of the lonelyhearts whose less-than-appealing head shots peppered the site. (Is this what I look like?) The next day, the come-ons from paid escorts arrived. I cancelled my membership and struck the site from my new business prospect list.

In fact, I’m convinced that there are many social networks — some I know, others I don’t — with the kind of membership, content and utility that will accrue to me personally and professionally. I’m just scratching my head on which ones.

I already belong to LinkedIn, which is an easy way to keep track of college friends and past business associates, though the site’s functionality (and overall utility) leaves me underwhelmed. And, of course, there’s FaceBook, which one of the social media cognoscenti recently questioned how anyone can call himself a social media expert absent a FaceBook account. (I’ll tell you how after you have three teen-aged children with all their friends tooling around on the site.)

Three years ago, I joined the Omidyar Network, founded by Pierre Omidyar and his wife (fellow Tufts alums who are better known for other things). And shortly after that, I signed on for Tony Perkins’ AlwaysOn: “the insider’s network.” While different, both had their redeeming attributes, albeit with a northern California sensibility. Then with great fanfare, the folks at Ragans, parent to PR News and filler of my emailbox, started MyRagan. I joined, but have yet to have reason to regularly re-visit. (Try swapping out the still video frame that’s resided on the site’s home page from day one.)

More recently, I received invitations from people I respect to join Doostang, allegedly “started at Harvard, MIT and Stanford,” three universities that didn’t take me (though my #2 son just began his freshman year at one of them). And then today, one of my Social Media Today collaborators “friended” me (and all the other social mediates on the site) for Quechup, “The Social Networking site to be on,” that’s irked a few folks through its viral hyperbole.

How’s this? I promise to weigh the merits of membership in your social network, if you promise that I won’t receive any messages from paid escorts.