A year ago, I penned a post titled “My Big Messy Social Life” in which I listed the many social media channels and the varied degrees of my engagement therein. It contrasted with one I had posted two years earlier titled “Socially Engaged” where I described how each channel was distinct and thus required different rules for engagement and inclusion.

LinkedIn was (and remains) the most liberal for me in terms of outsider inclusion, with caveats of course, i.e., no PR vendors, headhunters or non-industry strangers. Foursquare was (and is) the most stringent in terms of the circle of friends, i.e., no location-sharing with complete randoids. Since then, the list has evolved. Some have fallen by the wayside, while others have emerged as more useful. (My wife questions the value of them all, though she has come around to appreciate the organizational charms and serendipity of Pinterest.) 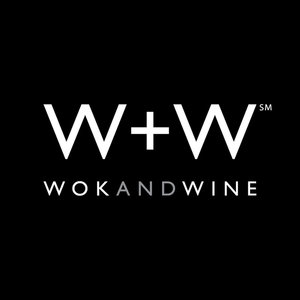 Last week, at a Wok+Wine event held at General Assembly in NYC’s Flatiron District, I ran into my friend Dorie Clark who had just penned a thoughtful and related piece for Harvard Business Review titled “It’s Time to Cut Back on Social Media.” She made the point that as social media evolves, it no longer is necessary to be engaged in every shiny new object currently buzzing in the media-pheres. She wrote:

“During a panel I moderated with well-known blogger and tech expert Robert Scoble, he said there was no alternative to constant, ubiquitous engagement and held up a spare battery he carried for his smartphone, so he’d never run out of juice…Plenty of people agree with him. One consultant friend recently chided me for not being on Pinterest or Instagram â€” and like her, many worry they’ll fall behind if they’re not hard-core super users, or if they don’t get in on the ground floor. Clearly there is a first mover advantage in some cases: Chris Brogan developed a passionate following as an early blogger, and Guy Kawasaki jumped onboard Twitter and became a powerhouse there.”

Still, taking a strategic and time-managed approach to one’s own (and his client’s) social graph makes a hell of a lot of sense. Dorie reasoned that:

“In fact, we’re now reaching a point where having a scattered focus could truly be deleterious to your goals, because you’re only able to half-engage or create mediocre content. Marcy Massura of Weber Shandwick, who was on another panel with me, commented that “presence means nothing.” Indeed, if you have a Twitter profile with 35 followers, or a MySpace page that hasn’t been touched since 2007, it often looks worse than having nothing at all. (Personally, I just KO’d my Foursquare account.)”

I agree with Dorie, but also recognize that the personal or professional value of each new social channel cannot be fully determined without a reasonable test drive. This week, for example, Twitter debuted Vine to much fanfare.  The app does for short (six-second) video clips what Twitter did for short (140-character) text-driven messages in a socially shareable setting. Facebook followed (up) with a significant upgrade to its iOS app that allows both video and audio sharing.

While the early scuttlebutt on Vine has drifted into the porn-voyeuring realm, I am reserving judgement pending the app’s ability to filter out all those feisty cat, ugly baby and mundane office cubicle clips. Here’s a ranking of the social channels on which I currently reside, in descending order of usage. It does not include time spent penning three blogs:

Dorie’s right. I probably need to go on a social media diet.