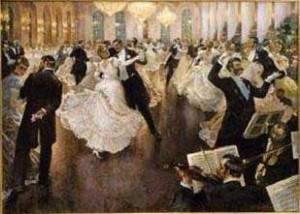 Ahhhh. The news release. That poor, beleaguered PR tool that has died a thousand deaths, only to be reborn — optimally and socially speaking.

This morning I was greeted with a text message from media maven Lisa Kovitz who tipped me to our friend and mediabistro.com doyenne Laurel Touby’s answer to the myriad unsolicited (and misguided) press releases that clutter her inbox.

Laurel has debuted “Release Me: The Press Release Blog” (Richard and Kevin, are you listening?) Here’s her explanation:

“I get so many press releases every day, I don’t know what to do with them. But, I know that someone out there cares. So, I’ve decided to create an entire blog comprised of nothing more than press releases. Select PR people will be invited to post there. I’m calling this experiment, Release Me.”

Laurel, I hope you realize that this is NOT the best way to manage your overloaded inbox. In fact, quite the contrary. Good luck with it.

Hmmm. No PR people? Well, I guess Greg will always be a PR person at heart.

Jarboe: “We generated more client site traffic from a post on tree.hugger.com that we did from one on CBSnews.com…more from HuffingtonPost.com than ABCnews.com.

Lieb: I not only subscribe to the RSS feeds of Business Wire and its competitors, but also to those of the companies I follow…like Google.

Jarboe: There is nothing automated about optimizing a press release. Nothing will replace sound business judgement.

Greenstein: “Social Media are the forms of media where people come to share their ideas, interests, passions and opinions, and give people the ability to share the message with others.”