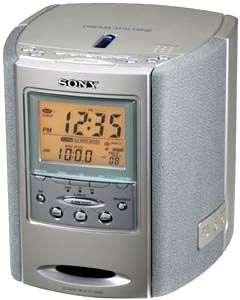 Have you gotten your XBox 360 yet? My 13-year-old son William asked me if he could use my eBay account to bid $10 for one. I said sure. Two hours later, I checked my e-mail and learned that my $560 offer was outbid! William is now banned from my eBay account.

Anyway, the hyperbolic news coverage surrounding the midnight launch and subsequent feeding frenzy of the next generation of Microsoft’s video game console has surpassed everyone’s expectations. Within 24 hours, the product sold out across the nation, prompting even the Scobleizer to refute allegations that the Redmond, WA company had intentionally held back distribution to create artificial demand (and, of course, news of that demand). Mr. Scoble pins the shortages on manufacturing capacity, or rather, a lack thereof.

What surprises me most from a PR perspective — outside the disparity in reviews for the dynasty-making XBox 360 – has been just how badly SONY has dropped the PR ball on this one. The writing for a big media script has been on the wall for months now. Even if SONY’s Playstation 3 was not ready for prime time, its absence from the XBox coverage is shocking, and I predict potentially fatal.

Granted, SONY had other media fish to fry, and its new Bravia flatpanel LCDs are gaining some positive traction. Still, for the company to sit on the sidelines while its arch-rival takes over the national news agenda, in my mind, could be considered PR malpractice. Lots of luck playing catch-up, SONY.