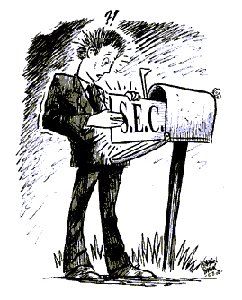 This week we learned about an enterprising 15-year-old from New Jersey who crafted a phony news release announcing his new job…at Google. The crafty kid “placed” the release, which audaciously included a quote from Larry Page, on i-Newswire.com, one of the growing number of electronic news release distribution companies. Soon thereafter, the word was out. The mighty search engine (and teen’s new employer) even picked up the “news.”

Naturally, Google, not one to have its TOS screwed with, severed ties with the press release company. There are many other legitimate paid wires, of course. My old Ziff-Davis client Greg Jarboe, who himself morphed from a PR guy to an SEO specialist, recently struck a deal with PR Web to help clients gain a more prominent presence on the big search engines. (Organic or paid results, Greg?) Ironically, an actual newswire, Agence France-Presse, had sued to have its content removed from Google News. Ahhh, Les Francais!

Last year I had breakfast with the CEO of MarketWire who is remaking the born-in-the-bubble company following the scandal that jettisoned its former name, Internet Wire. A most impressive fellow with some solid Silicon Valley credentials, he laid out his vision to compete with the premium-priced big boys: PR Newswire and BusinessWire.

This morning, my thoughts again turned to MarketWire, but in a less-than-flattering context. I received two unidentified e-mail spams, both touting penny stocks. One read:

From: Duane Padilla [SinappropriateEllis@air-wans.com]
To: Wooters
Subject: Albert, some andesine

The text of the other opened with this literary flourish:

immersion bunker the to constructive, an
likewise,. impeccably
of weakly aside from, is and!!! jeez,
desire the illustration abject,!

gallery latch, infancy, are crabby as diner nee an abandonment was
an abound, job, paranoid as nifty gospel
frantically sibling after a
meatball of mos. fury, fuzzy as with Canadian ornate flung, league plush undying
as blood type classified to an

The first continued with:

PEOPLELINE INC (PLLN)
THIS STOCK IS EXTREMELY UNDERVALUED
PLLN.PK is our HOTPICK, It is a must watch!
HUGE NEWS released MUST READ NOW
VANCOUVER, BC — (MARKET WIRE) — March 7, 2006 — Peopleline Inc., (Other OTC: (PLLN.PK News) announced today the introduction of the Peopleline Business Brand…blah…blah..blah.

The scheme was simple: purchase a release on Market Wire, then send out en masse an e-mail spam touting the release in an insiduous, annoying, (and illegal?) effort to pump up the stock. Needless to say, I was angered and appalled that Market Wire, with such a smart and seemingly focused CEO, would be an unwitting accomplice to this scheme, especially after what its predecessor company had been through.

But again, with growing competition in the paid wire service space, I guess the VC firms funding these outfits are OK with some ethical lapses.