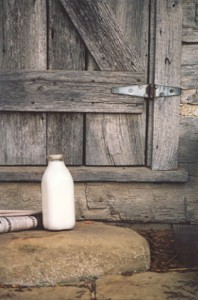 Few will argue with the wrenching transformation of news delivery and consumption in the digital age. A front page “Business” section story in today’s New York Times dissects how some newspapers are faring. (Hint: not good.)

I thought I’d share a few noteworthy items on the subject that crossed my desktop in recent days:

Google Local News — We all know that Google has the ability to keep tabs on the editorial channel. I mean how many PR pros use Google News Alerts as the sole means of monitoring for their clients’ news? Yesterday, the search engine (and advertising) monopoly one-upped itself by introducing a better mousetrap for crawling local news sources:

“Today we’re releasing a new feature to find your local news by simply typing in a city name or zip code. While weâ€™re not the first news site to aggregate local news, weâ€™re doing it a bit differently — we’re able to create a local section for any city, state or country in the world and include thousands of sources. Weâ€™re not simply looking at the byline or the source, but instead we analyze every word in every story to understand what location the news is about and where the source is located.”

Also yesterday, Poynter pointed to the TV news fantasy site for those who crave immediacy. Fox News Chicago has launched LiveNewsCameras, which aggregates on one web page live TV shots from around the globe.

“A group of us here at Fox News Chicago had a big idea — to let you see news the way we see it. Every day hundreds of live events take place around the world, and while you only see a few of them on our newscast, many are available to watch live on the Internet as they are happening… The idea behind this page is simple — to bring together the resources of Fox and other broadcasters around the world, and make it easy to find live streaming video to watch on your computer. As of today, there are more than 50 channels of live streaming video for you to watch on this page — that number will certainly grow over time.”

And finally, what if there was an eBay for news? Annenberg’s Online Journalism Review tells us about just such a site, created by a graduating journalism student from UCal, Berkeley and a former Amazon engineer. It’s called Reporterist:

“…a place where journalists could pitch stories as soon as they hit ‘save.’ Where editors could snap them up just as quickly for printing in tomorrow’s paper. Imagine a reporting network built on trust, where both editors and journalists could accrete bodies of work tagged with endorsements and feedback. Is an eBay of news viable? And ultimately, will it deliver news to readers more quickly and more cheaply?”

Could this be ProfNet in reverse? Instead of assigned journalists crowdsourcing for experts, editorial gatekeepers can now tap the wisdom of the (freelance) crowd for fresh content. To the question about an auction model:

Bhanoo: No, there’s no bidding system built in. The intention is not to turn it into an eBay. It doesn’t make sense to have an auction model, because publications tend to pay at a fixed rate.”

The Q&A with the founders can be found here.