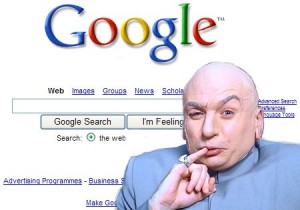 Remember the uproar over Beacon, Facebook’s effort to make money by selling to marketing partners the online purchasing habits of its user community ?

Well, today we learn that Google, which purportedly rejects being “evil,” has introduced a search-within-a search function that lives and profits off of the websites onto which it leaches. And it’s not just those Mom & Pop sites as The Times‘s Bob Tedeschi explains:

This month, the company introduced a search-within-search feature that lets users stay on Google to find pages on popular sites like those of The Washington Post, Wikipedia, The New York Times, Wal-Mart and others.

What’s particularly irksome is that Google’s search-within-a-search (don’t all these sites already have reasonable search functions?), allows Google to potentially usurp the online ad spend reaped by the sites themselves. Some of the ads may even tout the sites’ competitors:

“The problem, for some in the industry, is that when someone enters a term into that secondary search box, Google will display ads for competing sites, thereby profiting from ads it sells against the brand. The feature also keeps users searching on Google pages and not pages of the destination Web site.”

Granted, sites that don’t wish to have this new search function installed can ask Google to turn off the function…permanently:

“According to a Google spokeswoman, the company has honored such requests from â€œa coupleâ€ of unnamed businesses. These companies, however, may not be able to reverse their decisions. â€œSo we ask them to try it out and see if they want it removed,â€ the spokeswoman said. â€œWe think it could be a really useful feature.”

And sure, I bet the Google will do a better job of internal spidering than many of these sites’ current finders. Yet, me thinks that Google could still get a black eye in the court of public opinion for this one. It has a little something to do with opt-in and opt-out. Google should ask before it preys. I wonder what John Battelle would say about it?