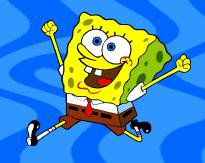 Two of Hollywood’s biggest names have lent their media-generating power to defeat next week a slate of Gov. Schwarzenegger’s legislative initiatives. Warren Beatty, who’s been rumored recently to be considering elective office, and Rob Reiner, the award-winning director aka “meathead” (from a different TV era), each have stepped up their public and advertising appearances to oppose The Terminator’s hopes to terminate some abortion rights, etc.

When asked by TIME Magazine about his own political aspirations, Beatty replied coyly: “I don’t think any good citizen should take that off the table,” he said, adding, “I am flattered by the question.”

SpongeBob SquarePants has even gotten into the fray by taping a spot urging defeat of the measure. I wonder what political aspirations he may have?