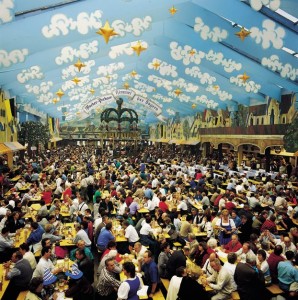 I’m surprised more outlets didn’t pick up on a small news story I came across over the weekend. It concerned the outrage felt by many Germans over the fact that Anheuser-Busch landed — or should I say — outbid every other company (to the tune of $40 mill) for the exclusive “pouring rights” at the World Cup…this, in a country as famous for its brew as it is for its luxury cars.

While the President continues to tout a strong economy — even as the stock market falls and gas prices and interest rates rise — one can’t help but equating the nation’s sullied reputation abroad with this anti-American, anti-American company, anti-American product backlash.

Granted, it makes perfect sense for the marketing minds in St. Louis to tap the world’s biggest sporting event as a platform to extend the Budweiser brand beyond these shores.

“During the 2006 World Cup, Anheuser-Busch will invest more than $70 million in sponsorship and related marketing and advertising efforts. That’s more than the company spends on either the Super Bowl or the Olympics.”

However, with such an unprecedented investment by a company used to spending kegs worth of its marketing dollars, someone might have anticipated a backwash in Bavaria.

“‘It’s Spuelwasser!’ cried Robert Paustian, 32, from another table in the boisterous beer hall, using the German word for dishwater. Chat rooms for German soccer fans have been flooded with complaints about the prospect of having to replace a local pilsner with a Budweiser draft.”

I would think the A-B folks are now playing catch-up to deal with this brewing story.