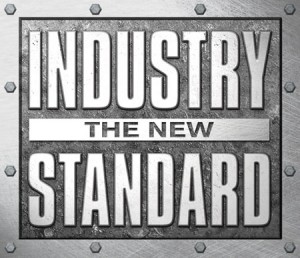 Who remembers those 20-something masters of the dot-com (Web 1.0) universe? These were smart, yet insufferably self-important snoots who claimed to have invented some doodad that the world simply couldn’t live without.

Rather than focus on the utility and profitability of their products or services, they sought to bask in the adulatory spotlight of media like Red Herring or the Industry Standard.

The process went like this: 1) Conceive an elevator pitch; 2) Wrap it in the then-arcane vernacular of the web; 3) Find some notables with “credentials” to serve on an advisory board; 4) Retain a PR firm to leverage it all.

Some succeeded in spinning this elixir into multi-million dollar acquisitions. The vast majority failed. After all, how could the hiring of a PR firm take precedence over sales, marketing and operational considerations?

I’ll never forget being contacted by a new business prospect called GovWorks. The company’s stated mission was small: to move to the Web, then capitalize on, all the mundane transactions between government agencies and the people. Hmmm. For the PR pitch, they asked if a film crew could shoot our presentation. We (thankfully) declined. The rise and fall of GovWorks ultimately was made into a sobering mini-doc called start-up.com

Over the weekend, Vivek Wadwha, a digital entrepreneur writing for TechCrunch, the Web 2.0 equivalent of the Industry Standard, offered some useful insights on start-ups. In the piece, titled “Stealth Startups, Get Over Yourselves: Nobody Cares About Your Secrets,” he touches on PR as follows:

“There is no linear ROI in PR, which can be hard for techies to understand. Itâ€™s all about relationships and patience. Once you are mentioned in one publication, then it becomes much easier to leverage that into other coverage because you have a stamp of approval. But make no mistake, PR is a never ending process. One TechCrunch article may be a good beginning but it is never sufficient to ensure the success of a company.”

Back in Web 1.0, securing a piece in the Industry Standard was the equivalent of hitting pay dirt. Today, with an atomized media vying for an even more fragmented consumer mindshare, a TechCrunch story, while influential, will only take a start-up so far.

PR has always been a subtle discipline that requires smart and steady application over time. Those who believe that one high-profile story can do the trick is deluding himself or herself. Building customer evangelists also helps. As Prof. Wadwha noted in the examples of start-ups he cites:

“The sales team worked the phones and existing customers both to get feedback and leads. Word spread and the customer base grew. They expect to be profitable early next year. The company never developed a PR juggernaut but having loyal customers willing to recommend the service to others has thus far overcome that weak spot.”

In other words, listen to and engage customers to unleash their groundswell of goodwill to create redeeming value. But don’t forsake the multitude of media influencers either. You may not succeed in engaging TechCrunch or the Wall Street Journal, but there are myriad other outlets and individuals who over time can cumulatively make a difference.