As with any conference attended by 42,000 people, it’s virtually impossible to take in everything the organizers have served up. The Web Summit in Dublin this week was no exception. Only meticulous planning, a willingness to pivot and just plain serendipity will permit one to find fulfillment over the course of three, impossibly hectic days.

Web Summit had something for every tech-obsessed player and wannabe in its two sprawling campuses connected by a ten-minute stroll past a herd of indigenous multicolored sheep.

It was clear that the organizers took great pains and invested heavily in voluminous amounts of signage, unrelenting security guards, a myriad volunteers and workers, food courts, and the building of a sophisticated app that actually proved fairly useful in navigating it all. 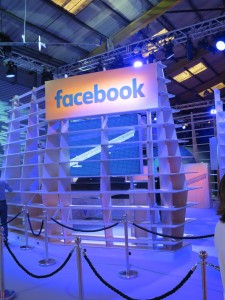 Hundreds of speaker sessions, none lasting more than 20 minutes, 5-minute open area demos, corporate booths (KPMG, Accenture, Facebook, Google…), and both alpha and beta startup cubicles for founders eager to deliver their elevator pitches to anyone who’d listen probably left many redeemable connections on the table, yet ample new friendships and bankable relationships were made on-site and after dark.

While Summit founder Paddy Cosgrave groused publicly that the City of Dublin could have done more to accommodate the throngs of visitors from 134 countries, it was quite clear that Dubliners fully embraced this event — on and off campus. One of his gripes, however, did have considerable merit: the wi-fi signal in key staging areas stunk.

This thwarted many attendees from sharing/amplifying speaker content in real time via Twitter, Instagram or Periscope. In spite of that, the organizers tallied 199,054 Summit-related tweets over its 3 days and 4 nights.

When I was able to get a decent signal — like when Reuters’ global tech editor Jonathan Weber interviewed Tim Kendall, Pinterest’s chief monetization officer — some solid info emerged.

.@pinterest‘s @tkendall: “Word of mouth continues to drive grow and adoption of the platform” #websummit

.@weberwest Biggest obstacle for Pinterest? @tkendall: “Getting the world to understand what it is the service does.” #websummit — Peter Himler (@PeterHimler) November 4, 2015

I also moderated a session on the “Content Stage” featuring AR/VR entrepreneur Mary Spio whose FL-based company Next Galaxy is creating some trailblazing immersive experiences for some notable brands.

According to my pal Tim Merel of Digi-Capital, the AR/VR industry could very well be worth $150 billion by 2020.

It’s no wonder that Facebook had a massive Summit presence, a significant part of which was devoted to Oculus. Audi hosted a booth in which one could don a headset and immerse him or herself on a racetrack.

Another personal highlight allowed me to take part in a Sage-sponsored “Mentor Hours” during which I met two startups and their founders.

The first was a Russian-built app called Quokka that allows the user (and his/her friends) to post a contiguous stream of video, photos and text on Twitter, Facebook, and others. Soon, those numbered posts that appear sporadically in one’s Tweetstream or Facebook newsfeed will be a thing of the past.

I also met a couple of entrepreneurs from the Beantown who believe they have found the solution to the problem of non-compliance in corporate or institutional health/wellness incentive programs.

I also met a couple of fellows from the Beantown who believe they have a solution to crack the corporate and institutional challenge of getting workers to improve their health and wellness.

Their startup iRewardHealth pays cash for each instance of compliance, e.g., a visit to the gym, a log of one’s nutritional intake, walking… According to its founders Rick McCartney, NP and Benjie Silverman, MD, there’s no better way to motivate people, students especially, than with the good old dollar. Their platform tracks one’s activities and facilitates instant rewards.

I’ll be back with at least one more post on the Summit, including video chats with several digital media movers & shakers.