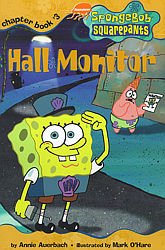 PR professionals have been called many things, but the hateful “spear-chuckers” is a new one on me. Add to that “time-wasters” and “hall monitors.” That’s how Slate’s editor-at-large Jack Shafer characterizes some of the PR types he has dealt with in a Q&A that appears in the current issue of PR Week. In it, the prolific and much linked-to “Press Box” columnist had this to say:

Shafer: I don’t deal with PR people. As best I can, I will avoid PR people…

PRWeek: In other words, you don’t talk to spokespeople.

Shafer: You know, the spokespeople that I do end up talking to, I’d much prefer talking to somebody who’s in the decision-making capacity and is not the spear-chucker for the person in the decision-making capacity. I will default to quoting the spokesman if that’s all I can talk to, in the interest of fairness. But I don’t consider it any great coup when some spokesman presents some obfuscation as some sort of corporate apology.

Frankly, I don’t understand Mr. Shafer’s reluctance to talk with or work through PR people. If a spokesperson is authorized to speak on behalf of a company, and he or she can cogently articulate the views of that company and its management, why is it necessary to speak to the CEO? It’s one thing if the CEO is the subject of a profile, but another if the journalist simply needs to understand a company’s position on an issue or news development.