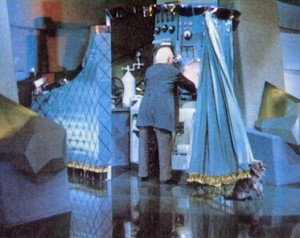 In spite of the continuous cycle of news in which we as media consumers now live, how a story is reported in the first mainstream news cycle still sets the tone for subsequent media coverage. For media strategists, it is therefore vital to “manage” the first reports as best as possible. One strategy entails withholding all details until a strategically chosen moment in time. We saw this with the midnight release of Harry Potter, and again with last night’s “surprise” announcement of Supreme Court nominee John Roberts.

Without inside knowledge of the White House media strategy, it was clear to me that the evening announcement, unusual in and of itself, of a stealth candidate, was designed to deprive deadline-challenged newspapers with the window typically needed to fully produce this first write of history. Hence, Administration-supplied information and “experts” filled the information vacuum.

The second strategic thrust involved television, and specifically, the cable TV talk fests. Desperate for informed experts, cable TV producers and guest bookers scrambled to line up their share of pundits to pontificate on the selection. From what I observed, the Administration was also ready on this front, eagerly offering up as many nominee-supporting “surrogates” they could muster. In channel surfing, I caught everyone from Ed Meese to Ken Starr to NBC “Law & Order” star Fred Thompson.

Judging from the coverage, there’s plenty of high-fiving in the White House this morning, especially considering how its strategy did double duty by knocking Karl Rove out of primetime.