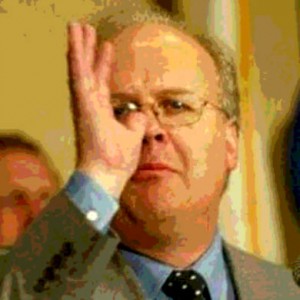 It’s no big surprise that Karl Rove is out. Frankly, his tenure as this administration’s master media manipulator should have expired long ago (or at least following the mid-term elections).

From a PR perspective, this man alone has done more damage to the reputation and credibility of the PR profession than 50 Abramoffs. But that’s a post for another day.

I’m more attuned to how Mr. Rove’s demise was orchestrated, and the glimmer of what lies ahead at the soon-to-be Murdochian Wall Street Journal, which broke the news as an exclusive in a friendly interview on its editorial page.

The interview, in which Mr. Rove takes a trademark nasty dig at the leading Democratic Presidential candidate, is accompanied by a surprisingly short (636 words) story in the paper’s news hole that took its essence from the editorial wherein the story’s subject held court.

So let’s head back to the White House PR situation room earlier this summer where Karl, Dana, and the other communications controllers are sorting through the (least damaging) media options for Bush’s biggest buddy yet to bail:

DP: An interview on Fox News?

KR: Nah, the liberal blogosphere would have a field day, though they probably will no matter how we spin it.

DP: What about a news conference?

KR: Nope, too little control. Too many skeletons in my closet.

DP: How about our friends on The Journal’s editorial page?

KR: Hmmm. Now that would be a rather novel approach — to use a most subjective editorial environment to break a major news story.

DP: I agree. And the imprimatur of The Journal would give it plenty of news cache. Most Americans don’t distinguish between news and commentary.

KR: Absolutely. It would be much more credible than a love-in on Sean Hannity. I have another idea.

KR: POTUS promised to help in any way he can. Let’s follow the Journal story with a Presidential presser to reinforce our strategy. Fox News will carry it live. Now that’s what we call News Corp. media synergy!

DP: Bravo. You’ll go out in style. I only ask one favor. Save one of those job offers for me. I’ll be ready late next year or early 2009.