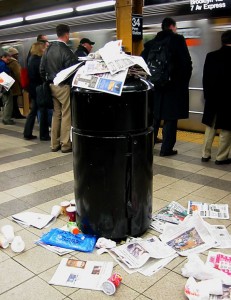 It’s one thing to have your best-laid plans for a press conference thwarted by breaking news that draws away media attendees, but quite another to have your day intentionally foiled by a rival party. This seems to be the case of late with the Fernando Ferrer NYC Mayoral campaign.

Mr. Ferrer’s news conference to showcase the filthy conditions in a city subway station lost its bite when cleaning crews came and went an hour before the media arrived. The same scenario happened in a city park, once strewn with beer bottles and trash.

The challenge to Ferrer’s PR handlers, of course, is to alert reporters in advance so they may plan to cover, but without tipping their hats to his opponent, in this case the Mayor, who has the capacity to quickly take action to blunt the message. However insidious this sounds, one must give credit to the mayor for his campaign’s war-room mentality, a must-have these days given the 24/7 news cycle.

Of course, the Mayor’s cantankerous spokesperson “bristled at suggestions that the workers were trying to take the air out of Ferrer campaign events. ‘Not only does Freddy have no record, he doesn’t have any ideas of his own, which is why he had to steal this press conference idea from Giff Miller,’ said Stu Loeser, Mr. Bloomberg’s campaign spokesman…” Talk about dubious credibility!