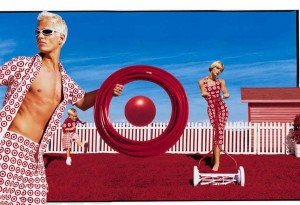 When the blogosphere directed its full fury on the poor, unsuspecting Target corporate PR operative for her comment last week that Target doesn’t deal with bloggers, most social media-savvy marketing types were all too happy to jump on the bullseye-bashing bandwagon.

Personally, I agreed that the ill-advised comment/policy was/is extremely short-sighted, if not counter-intuitive. New York Times retail reporter Michael Barbaro today picked up on the brouhaha that started with a press query from a blog called ShapingYouth:

“Unfortunately we are unable to respond to your inquiry because Target does not participate with nontraditional media outlets,â€ a public relations person wrote to ShapingYouth. â€œThis practice,â€ the public relations person added, â€œis in place to allow us to focus on publications that reach our core guest,â€ as Target refers to its shoppers.

This policy will likely be reversed as Target’s targeters turn up the volume. More from Mr. Barbaro:

Could Target, the ever-hip, contemporary retailer, really have such a low opinion of blogs, the ever-hip, contemporary media channel? Yes, at least for now. â€œWe do not work with bloggers currently,â€ said a company spokeswoman, Amy von Walter, who agreed to speak with this traditional media outlet. â€œBut we have made exceptions,â€ Ms. von Walter said. â€œAnd we are reviewing the policy and may adjust it.â€

In an ideal world, PR pros should always strive to enter into a conversation with any journalist that submits a reasonably legitimate media query. In reality, however, it’s not scalable to offer the same level of responsiveness across the board.

No question that Target’s policy jibes with its billion-dollar hipper-than-hip brand image. But I also sympathize with those beleaguered PR pros at media intensive companies who must make media choices…and face consequences by doing so. Hopefully, they’ll be able to devise an acceptable method to separate the wheat from the chafe. (And somehow I don’t think it’s Technorati.)