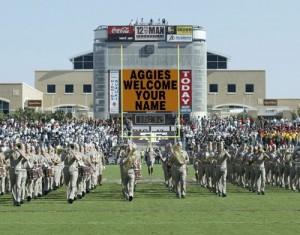 Poor NASA public affairs specialist George Deutsch. When The New York Times outed him for trying to impose his personal political beliefs (and those of his superiors’ superior) on a prominent scientist at NASA, the 24-year-old former Bush campaign worker from Texas was forced to resign under a dark cloud.

“We are both Christians, and I was sharing with him my personal opinions on the Big Bang theory versus intelligent design,” Mr. Deutsch wrote to The Times.

A pointed Times editorial exposing Mr. Deutsch’s dubious academic credentials accompanied his resignation. Not content with the qualitative analysis of the media coverage, Mr. Deutsch, another example of an inexperienced idealogue put in a position of influence by this administration, decided to put back on his PR hat to have his side of the story heard.

Naturally, he returned to his almost alma mater and booked himself on a politically sympatico talk radio station, home to those scions of objective journalism — Sean, Rush and Laura.

“I have never been told to censor science, to squelch anything or to insert religion into any issue,” he told the radio reporter, Brian Cain.

Hey look, why talk to NPR when you can tell your story completely unfettered by the facts? He did avail himself to The Times, which allotted him the space he sought, and then some (he hadn’t sought) for others less sympathetic to his point of view: ‘After seeing a transcript of some of the criticisms, Dr. Hansen said, “This is so wacky that it deserves little response.”‘