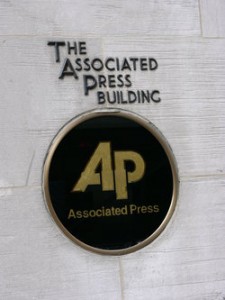 Having served as outside PR rep for The Associated Press on two separate occasions — the organization’s 150th anniversary and the book and exhibition of World War II photos — I intrinsically understood that too much “spin” would make many in this vaunted news organization bristle.

In fact, of all the mainstream journalistic enterprises, it is The AP that likely holds our industry in the lowest regard.

We therefore took extra pains at the time to ensure that whatever we did on The AP’s behalf could never be construed as compromising the organization’s integrity or standards. We recognized that for many AP staffers we were still considered the enemy.

(Could it be, some wondered, that Fournier allowed his political leanings to seep into his report? Remember, he was offered a communications post with the Republicans two years earlier.)

I was surprised by the anachronistic “command & control” manner in which The AP sought to deal with this negative attention, e.g., talking points, internal memos, one-way space on its political news real estate. Moreover, didn’t The AP realize that any memo issued internally has a reasonable chance of entering the public domain?

Still, let’s give Ms. Hale a break. With merely four years in the field of public relations following reporting stints at Gannett-owned USA Today and The Journal News, what can you expect? But I thought all journalists were PR naturals?