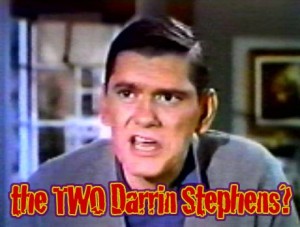 A number of bloggers were just pinged by Todd Andrlik of ToddAnd’s “Power 150” list of top marketing bloggers, which was the subject of this blog (#119) a while back.

The news: Todd is teaming up with Ad Age to institutionalize the list. He reasons:

“The Ad Age partnership will help make the Power 150 an even greater tool (and more powerful) since Ad Age has a dedicated staff, a giant readership, and more resources than I do.”

One of those resources, of course, is the publication’s inimitable editor Jonah Bloom who once toiled in the same capacity at PR Week. As you might expect, Jonah’s quite current on the changed and changing marketing environment in which we ply our trade.

Just last week, he sent out a query asking for feedback on AMC’s new critically acclaimed series “Mad Men,” which takes a retro look at the ad business in the 1960s. (Think Darren of “Bewitched” and Leonardo DeCaprio as a Pan Am pilot in “Catch Me if You Can.”)

“What, if anything, does it do for today’s marketing world?” Bloom asks.

Minimally, the top-down, command-and-control marketing mindset of Mad Men — which is set in an era when a new cigarette campaign raised few eyebrows — stands in stark contrast to today’s marketing paradigm where the smart crowd seeks to create a dialogue with those to whom it hopes to sell.

Anyway, much luck to Todd’s list, and keep on shaking things up, Jonah.