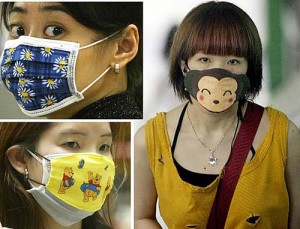 Some years ago, we were called on by the Mexican Ministry of Tourism to help put in proper perspective the damage caused by the massive earthquake that hit that country. As you might imagine, tourism is big business in Mexico, making up 9.4 % of its GNP – mostly from American visitors.

To preserve this vital industry, we dispatched video crews to Mexico City to capture the (isolated) damage, and more importantly, the areas that were left unscathed. Armed with that footage, we arranged for the Mexican Minister of Tourism to talk with every national TV news organization and any major market local news programs that would listen.

Today, Mexican Tourism officials must be feeling more than just headaches, fever and sore throats. Now only has the CDC advised against travel to Mexico, but so have the UK, France and Germany. Some cruise lines have cancelled all their Mexican ports-of-call.

But have the symptoms really set in for tourism officials? A visit to Mexico Tourism’s main English-language website makes no mention of this epidemic that’s consuming their industry. None, Nada. Even the Mexican government’s crisis communications seems a bit spotty:

“The Mexican government has given out information on the outbreak and its victims only in bits and pieces, refusing to provide details on who the dead are and where and when they died. For the second consecutive day, the government was on the defensive against criticism that it acted too slowly to contain the virus and to alert the public to the dangers.

“‘We never had this type of epidemic, this type of virus in the world,” an increasingly exasperated Cordova said at a news conference Monday. “We don’t know how many days this will go on, because it’s the first time in the world this virus has appeared.'”

Having also worked with the Hong Kong Tourism Board to put in perspective the SARS epidemic and its aftermath, I have to say that the contrast between the two approaches is stark. HKTB regularly and pro-actively communicated with its key constituents all developments — from precautionary measures to news emanating from the WHO.

While consistent and credible communications can’t stop the spread of a viral infection, it certainly helped accelerate the healing process once the disease started to dissipate.

Talking about tourism, I’m keeping a watchful eye on Disney, and how aggressive a stance it is taking in response to the unconfirmed rumors of a single suspicious case of the flu from a Mexican tourist visiting Orlando:

“Disney told Eyewitness News late Tuesday morning that they have not received any confirmation about a swine flu case involving a guest.”

With attendance at Disney theme parks already soft, a viral rumor of swine flu at Disneyworld (which I first noticed on Twitter), could be quite damaging — whether it’s true or untrue.