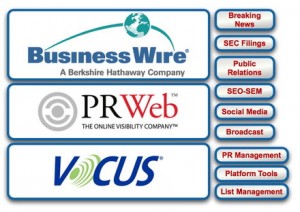 “These days PR is everything.” Or so starts a post titled “Press Releases: Friend or Foe” on editorsweblog.org, a “publication of the World Editors Forum.” The post goes on to talk about the value (or lack thereof) of the press release and a couple of new services that attempt to breathe new life into this much-maligned mechanism for media manipulation.

I’ve written quite a bit about the news release over the years, and remain supportive of its value for PR pros – not so much as a catalyst for coverage, but rather as a decent palette on which to frame the salient elements of a piece of news. Gone are the days when the news release had the capacity to motivate journalists to write a story. Most decry the lack of real news, and the fact that they are likely on the receiving end of a mass e-mail. 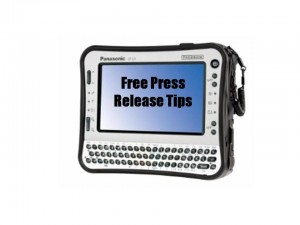 Then again, Google, which usually posts its news on its blogs, continues to draft news releases around its earnings, and those releases succeed in shaping coverage.

I happen to have a pedestrian interest in the editorsweblog piece. A few years back, I helped develop a media targeting tool that used a reporter’s actual coverage (versus title or beat) to determine whether he or she “matched” the story pitch. My then co-developer built a search engine that surfaced reporters’ names based on how well their cumulative body of work matched the search query (e.g., a news release, pitch letter, keywords).

After the media targeting tool for PR pros bowed, I pushed my co-developer to build the next iteration of the platform — a mirror engine for journalists seeking real-time sources based on the aggregation of publicly accessible news releases. If a journalist needed resources on solar energy technology, the engine would scrape the names of the contacts from every news release in the system on the subject.

This engine was never built…or so I thought. Here’s a bit from the story today:

“A new company, Noodls, is bucking that trend. It is the first online aggregator of press releases in “real time”, and has nearly 9 million archived press releases. It does not wait for PR submissions (although PR reps can submit them), but runs a vertical search engine to gather archives in multiple languages.”

Very cool. Not so much for its ability to help journalists do their jobs better, but more for putting PR firmly back in the reporter-PR equation. Here’s another bit from the piece:

It’s no secret that when it comes to engaging reporters (versus bypassing reporters by creating and syndicating original content), the PR pro’s role as a primary resource for timely information has been on the wane for years. There are just too many other credible channels reporters can tap to effectively do their jobs.

Hopefully, this new effort to pull reporters to useful, real-time content will help re-establish the PR pro’s standing as a viable news source. As for elevating the quality of the news release itself, well that’s a whole other—>