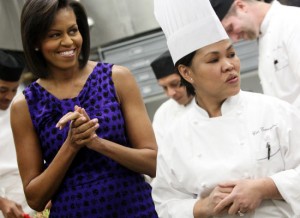 For those PR peeps who continue to use the mainstream media to advance their clients’ communications goals (i.e., most of you), the choice of which media outlets to court for interviews can play a key role in determining the editorial tenor of the coverage.

It was thus no accident this week when Dick Cheney turned up with the sympatico Sean Hannity of Fox-TV to spread his warped POV or Lindsay Lohan turned to an empathetic Ellen to lament her new-found singledom.

So let’s say the world is your media oyster (e.g., @Biz and @Ev or Susan Boyle), just where do you take your message and to what end? In other words, how will these choices cement your long-term business, policy or reputational goals? Unfortunately, many PR types still believe that more equals better. They see their primary role as one of accommodating/managing the incessant influx of interview inquiries – a glorified scheduler of sorts.

The smarter PR set — at least among those working the media filter — give careful consideration to where their clients can elicit the greatest receptivity to their POVs. Take Michelle Obama. Here’s a newsmaker of the highest order who can pretty much pick and choose wherever she wishes to be profiled.

Her PR handlers, no doubt faced with myriad media options, have opted for lifestyle books like Vogue, More, People, Essence and O. As importantly, Mrs. Obama has taken the reins of these interviews on her terms. For a recent magazine cover shoot, one editor told The New York Times:

“‘We were like, â€˜Excuse me, we tell you what to wear,â€™” said Lesley Jane Seymour, the editor-in-chief of More, who said Mrs. Obama refused to wear anything other than her own clothes for their October cover. â€œ’She wanted none of that. She was creating the cover. She was creating the image. Thereâ€™s definitely a will of steel there.’â€

“Indeed, the new first lady is methodically shaping her public image, and in ways that extend far beyond fashion.

She has given coveted interviews primarily to womenâ€™s magazines and news outlets that have allowed her to highlight her domestic side: her focus on motherhood and her efforts to settle her family in the White House; her interest in gardening and healthy living; her affinity for mixing off-the-rack and designer goods; and her efforts to open up the White House to ordinary Americans.”

There are those, however, who would like the Princeton-educated Mrs. Obama to talk policy. Perhaps the memory of Mrs. Clinton’s ill-fated foray into the healthcare quagmire is still too fresh? Whatever the reason, for now Mrs. Obama will stick to her diet of more (controlled) “back-of-the-book” type interviews:

“‘I wouldnâ€™t say weâ€™re trying to soften her,’ Mr. [David] Axelrod said. ‘But is there an effort to get people to know her? Yes. We want people to know her. There were caricatures of her during part of the campaign. Those interviews are valuable,’ he said of Mrs. Obamaâ€™s conversations with celebrity and womenâ€™s magazines, ‘because they tend to focus on her as a person and thatâ€™s important for people to know.'”

So when will we see that inevitable hard-hitting piece that castigates the First Lady for crossing the line? Perhaps never (or at least not until she builds up enough media capital to thwart such an attack).

“Mrs. Obama has declined to sit for wide-ranging interviews with several newspapers, including this one, preferring to focus on particular themes. (She gave The New York Times an exclusive interview about the White House vegetable garden, for instance.)“