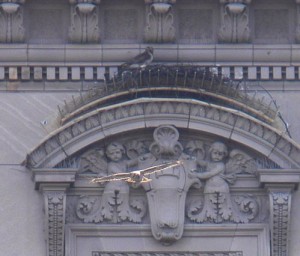 Could it be that NewTeeVee has usurped TVNewser now that Brian Stelter graduated college and moved on to The Times as a media reporter? Not so fast, says Laurel, whose Jupiter-infused mediabistro recently announced Mr. Stelter’s replacement (at Michael’s no less).

Anyway, back to Andy’s interview with Liz for Beet.tv, a must-view site that has done an extraordinary job of vlogging the architects and chroniclers of Web 2.0. (Just scroll down the right column of the site, if you don’t believe me.)

“Joost so far has shown it can excel at raising money, getting itself on the right side of alliances, and winning attention. Other things are also very important…say, user experience.”

The interview was captured at the beginning of August from the Always On Stanford Summit, but its assessment of Joost is not inconsistent with some of the more recent, and sobering coverage of the Viacom-infused digital video start-up. The issues appear to revolve around the limited programming. I think I read that one beta tester dropped out after seeing the slim pickings, while a jaded journalist questioned whether there would be sufficient broadband penetration to accommodate Joost’s aspirations for full-screen, full-length programming fare.

But rather than talking about codecs and what ISPs are doing to boost joost — this IS a PR blog after all — I ask: can Joost be overexposed? Has all the rapt attention set the bar too high to meet expectations. Will Newton’s theory come in to play? And if Joost trips off the roost, will it be forever tainted in the People’s Court? Stay tuned, TV fans.